HomeLatest NewsIn the United States, it is recommended to drop the word "American"
Latest News

In the United States, it is recommended to drop the word “American” 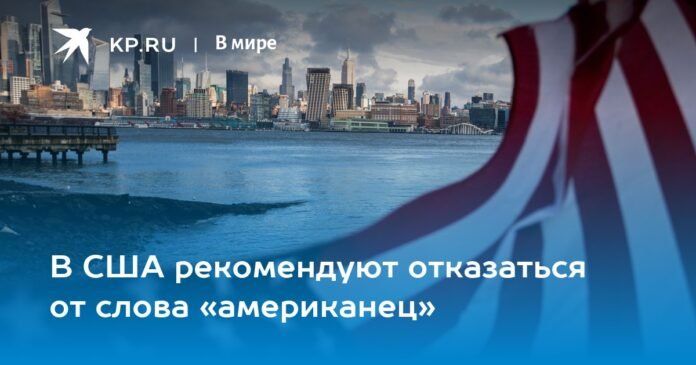 A group of specialists from one of the best American universities, Stanford, compiled and published a list of hundreds of words and expressions that are not recommended for use in materials of educational institutions and internal correspondence.

To the surprise of many, the list included the word “American,” the Independent writes.

Last year, the university’s leadership announced the launch of the “Eradicate Harmful Words Initiative” and created a separate website for this, “to help people recognize and remove potentially dangerous expressions that they may use.”

In the “imprecise language” category, Stanford recommends replacing the word “American” with “US citizen” in conversation and writing. Scholars believe that “American” is most often used in the sense of “resident of the United States”, which, in their opinion, incorrectly emphasizes that the United States is the most important country in the Americas, as part of the world.

The list of no-words also includes “immigrant” (proposed to be replaced with “immigrant” or “non-citizen”), “admission hours” (an alternative is “working hours”), and the popular American saying “hit to a dead horse”, which means work in vain, they are usually asked not to use it, tk. this can be viewed negatively by animal rights activists.

Share
Facebook
Twitter
Pinterest
WhatsApp
Previous article
Zakharova: There is no need to respond to Kyiv’s calls to exclude the Russian Federation from the UN KXan 36 Daily News
Next article
‘Ad-supported Netflix’ starts weak ahead of key-sharing fines