HomeLatest NewsIn the Urals, citizens and companies participate in the implementation of social...
Latest News

In the Urals, citizens and companies participate in the implementation of social projects KXan 36 Daily News 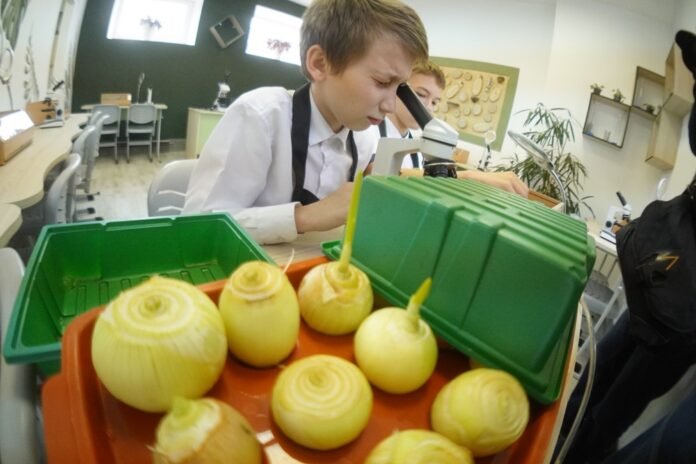 – During the previous ten years, when educating the population, we focused on personal finances, now we will complement it with public finances. They are intertwined, – Mikhail Kotyukov, Deputy Minister of Finance of the Russian Federation, comments on the initiative.

It is not only about fiscal education and budget transparency at all levels, but also about participation in initiative budgeting. This, we recall, is a co-financing mechanism for socially significant projects in which, together with the state or the municipality, local businessmen and the population invest, and the participation of citizens does not exceed seven percent. This tool is actively developing in the country: according to the Research Institute of Finance of the Ministry of Finance of the Russian Federation (NIFI), such work is carried out in 75 regions. In particular, last year about 30,000 projects worth more than 40 billion rubles were implemented. According to the head of the NIFI Initiative Budget Center Vladimir Vagin, the Ural District is the undisputed leader in terms of the number of best practices.

Noah’s Ark in the Ob

– We see how the interest of citizens is growing. Last year, the authorities supported 81 ideas of residents, this year – 68. Projects have improved, a more complex infrastructure is being created, – emphasizes Alexander Ponomarenko, deputy head of the Khanty Department of Public Relations, Foreign Relations and Youth Policy- Mansi Autonomous District.

The Ural District is the undisputed leader in the number of best practices for budgeting by initiative.

So, thanks to the original “Noah’s Ark”, the whole country learned that there is a city of Pyt-Yakh on the Ugra. How to create a park in the north in the style of a topiary (shrub sculpture) using small evergreen architectural forms, the mother of many children, Lyudmila Zavadskaya, came up with the idea. Now both small and adult visitors are delighted with animal figures made of a material similar to mown grass, a climbing wall, an inclusive children’s playground. The total cost of the park is almost five million rubles, of which 250 thousand were invested by the townspeople themselves.

In the nomination “The best school and youth initiative budget project” at the federal competition, another Ugra idea won – an art coworking in the Surgut region. Residents of the village of Lokosovo repaired the house at their own expense, and the municipality allocated the money for construction materials – 164.9 thousand rubles. Now it is a popular place of meeting, communication, collective leisure of the villagers with free internet.

Agro-laboratory in Yekaterinburg made a worthy competition to the Ugra art coworking. School No. 50 is located far from the most prestigious Zheleznodorozhny district, many immigrants who have little money live here. However, parents quickly responded to the teachers’ idea to repair the old greenhouse and turn it into a modern bioclass, where you can study the growth and structure of plants not in textbooks, but in practice.

– For a long time the room was abandoned. We look: in principle, the walls are good, strong, there is water, the heating is on. We decided that we would remove the repair, recalls biology teacher Svetlana Blinova.

Parents collected about 33 thousand rubles. Those who could not help with money participated in the work themselves, for example, dads dismantled the cellar from the garbage. Another 301,000 were added by a businessman who was interested in the project, and 335,000 were added by the municipality. It turned out to be three small and nice classrooms, the boys really like to go here for extracurricular activities, work on projects, experiment with seed germination or soil production with worms.

When we arrived at the school, they were waiting for the delivery of seedling tables and an autonomous gardening system. Not only a biology teacher works with the children, but also a professional agronomist: under his guidance they learn the basics of hydroponics, aeroponics and vertical gardening. Also in the plans – to open a vermifarm and mushroom production.

From retirees to preschoolers

In the Sverdlovsk region, the initiative budget has been running since 2017. In six years, the number of projects has grown 13 times: in 2022 alone, 90 applications were received from the population, 78 of them received co-financing from the budgets by 42.2 million rubles (at a total cost of 113 million). In 2023-2025, the authorities intend to allocate about 50 million rubles a year to the treasury for these purposes.

Basically, the ideas of citizens relate to improvement, additional education, the field of culture and digital technologies. For example, in Karpinsk this year they bought a kit “Young Machine Builder” for the laboratory, in Verkhnyaya Tura, at the suggestion of the Veterans Council, a “Seasons” clock with light lighting was installed on the square.

In Yekaterinburg, at the initiative of the townspeople, more than four dozen ideas have been implemented, each costing no more than 2.5 million rubles. Thus, 100 records and a sports uniform were purchased for the team of young hockey players, audio-video equipment for the Verkh-Isetsky cultural center for broadcasting performances on the Internet. “Uncle Shnyuk’s Web” appeared in kindergarten No. 555: three-year-olds walk along a rope track that rises from the ground only 50 centimeters, and those who are older take a height of 1 .5 meters with insurance. The attraction develops coordination, independence, the ability to weigh one’s own strength, quick wit. Such a download is also useful for schoolchildren, clarifies Elena Nesterova, head of the kindergarten.

Fight against mosquitoes and frost

The Cozy Yamal project started in 2018. All territories participate in it: citizens can submit proposals both in project offices and on the “We live in the North” website. The results of the competitions are announced by the heads of the municipalities, the winning projects are implemented at the expense of local budgets, but the effectiveness of the initiative budget is ranked by regional authorities – the best practices receive grants, Tatyana Kokhanovich, representative of YNAO Finance Department, share your experience.

Last year, within the framework of “Cozy Yamal”, citizens submitted 384 applications, implemented 126 projects. Gubkinsky and Purpa now carry out mosquito treatments in squares, parks and playgrounds every two weeks. And in the village of Tazovsky, a warm stop complex was set up near the school. It is equipped with temperature sensors: when the bar drops to zero outside, the system begins to heat the seats, even colder heats the floor.

– We have a harsh climate, and here you can hide from the weather. It’s good that my proposal was appreciated, – the initiator Yulia Gashibayazova rejoices.

This year, the residents of Yamal submitted 658 applications, 191 projects were put to a vote online, and as a result, their compatriots supported 80 of them. They will be implemented in 2023.

According to experts, people are motivated to invest money in the first place by local problems, the solution of which the authorities cannot reach. You can wait years for the municipality to install public lighting in your village, or you can participate yourself, and not worry about children coming home from school in the dark.

– The initiative budget has become one of the forms of citizen participation in territorial development. Qualitative changes are taking place, popular projects are changing the life of the territories, making cities and villages different, more comfortable, – sums up Vladimir Vagin.