HomeLatest NewsIn the US, the cold of the Arctic has deprived almost 1.5...
Latest News

In the US, the cold of the Arctic has deprived almost 1.5 million people of electricity and has spread to most of the country KXan 36 Daily News 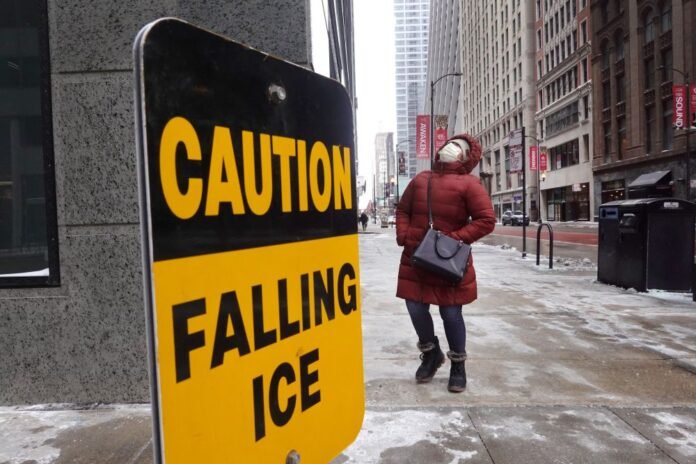 More than 1.5 million buildings were left without power

The power outages left more than 1.5 million homes and businesses without power, according to PowerOutage, a website that tracks utility reports. The Tennessee Valley Authority, the nation’s largest utility, ended rolling blackouts Friday afternoon, but continued to urge residents and businesses to conserve power. More than 200 million Americans in 48 states received watches or warnings of increased alert levels on Friday, the US National Weather Service (NWS) explained. Forecasters say the weather service’s map “shows one of the advisories and longest winter weather advisories on record.

Forecasters warned in a fact sheet that a powerful cold front will sweep across the eastern US, “and widespread and dangerous cold weather is expected to continue across much of the eastern two-thirds of the US until on Sunday”. Temperatures of -10 to -20 degrees Celsius are possible in parts of the US over the weekend, the NWS said, warning that even in major metropolitan areas, frostbite could be a serious danger.

According to the tracking website FlightAware, 4,600 flights, both domestic and from the US, were canceled on Friday, on top of the 2,700 canceled on Thursday, leaving tens of thousands of tourists stranded at airports, further triggering more chaos as travelers struggled to get home for the holidays. , according to The Guardian. In Canada, WestJet canceled all flights Friday at Toronto Pearson International Airport due to bad weather.

The United States was hit by a “bomb cyclone”

A huge ice storm stretched from border to border, from the south to the north of the United States, with a length of more than 3,200 kilometers. A significant part of America is at risk of being covered by the so-called “blackout” with heavy and dense snowfall. In Mexico, migrants are stuck near the US border in unusually low temperatures, awaiting a US Supreme Court ruling on whether and when to lift pandemic-era restrictions that prevent many from seeking asylum.

Even as fleets of snowplows and salt trucks have been deployed across the US, driving has become extremely dangerous and even deadly. Authorities ordered cars off the roads as US forecasters warned of “potentially devastating consequences in the central and eastern parts” of the country. Several roads were closed, authorities said, and the accidents have claimed the lives of at least eight people.

In Kentucky, three people have been killed on the roads, Gov. Andy Beshear said Friday morning. He added that the National Guard is providing blankets to the Kentucky State Police to distribute to stranded drivers on Interstate 71 and escorting some to shelters.

At least one person has been killed in a mass collision of at least 100 vehicles on Interstate 75 in Ohio. A Kansas City, Missouri, driver was killed Thursday after falling into a creek, and three others were killed Wednesday in separate crashes on icy northern Kansas roads. Michigan has also experienced a number of accidents, including nine semi-truck accidents. Brent Whitehead told the AP it took him 7 1/2 hours, instead of the usual six, to get from his home near Minneapolis to his parents’ house outside Chicago on Thursday in sleet. “Thank God my car was fitted with winter tyres,” he said.

The National Weather Service is forecasting the coldest Christmas in Philadelphia in more than two decades, where school officials moved classes online on Friday. At the summit of Mount Washington in New Hampshire, the highest peak in the Northeast, winds topped 150 mph.

In Boston, rain combined with high tide sent waves over the levee at Long Wharf and flooded some downtown streets. It was so bad in Vermont that Amtrak canceled flights for the day and non-essential government offices closed early. “I’m getting reports of emergency crews looking at uprooting mature trees,” Marie McClure, president of Green Mountain Power, the state’s largest power company, told a news conference.

Calling the event “a storm in the kitchen sink,” New York State Governor Katie Hochul declared a state of emergency. In parts of the state, tidal flooding inundated roads, homes and businesses Friday morning, with police driving knee-deep in water to pull stranded motorists to safety in Queens.

The governors of at least 13 states have put emergency response plans in place, including the deployment of the National Guard, for the holiday weekend, when heavy snow and sleet create dangerous conditions on the roads. Travel conditions, already poor on the Great Plains, are forecast to worsen in the Midwest and Great Lakes region as the cold front moves east, with more than 12 inches of snow expected in some areas.

Share
Facebook
Twitter
Pinterest
WhatsApp
Previous article
On part of the streets of Moscow, parking prices will change from December 24 KXan 36 Daily News
Next article
Financier Grigoryan: Banks prefer to give loans to those who already have loans KXan 36 Daily News