HomeLatest NewsIn the US, thieves asked the police for help to transport the...
Latest News

In the US, thieves asked the police for help to transport the stolen goods 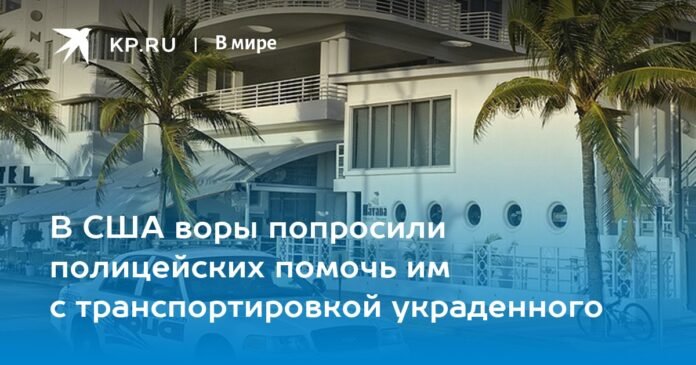 A woman called the rescue service in the small US town of Poinciana (Florida) and said she needed emergency help.

No one opened the door to the police officers who responded to the call, and they decided to enter the apartment on their own.

It turned out that there was a couple in the apartment who, apparently, robbed the premises and were going to take out the packed things.

After checking the database, the man was identified: the day before he had committed a petty robbery at the city supermarket and was caught on a surveillance camera.

When police asked the couple why they called 911, the woman explained that she and her partner needed help getting the stolen items out of the apartment. She also wanted the officers to drop them off at the airport, as they planned to spend a few days in New York.

“The police really helped them with their things and really took them, but not to the airport, but to the police station. The police station is much better for them than New York, the sheriff’s office said.