HomeLatest NewsIn Udmurtia began to use a non-invasive method of examining the liver...
Latest News 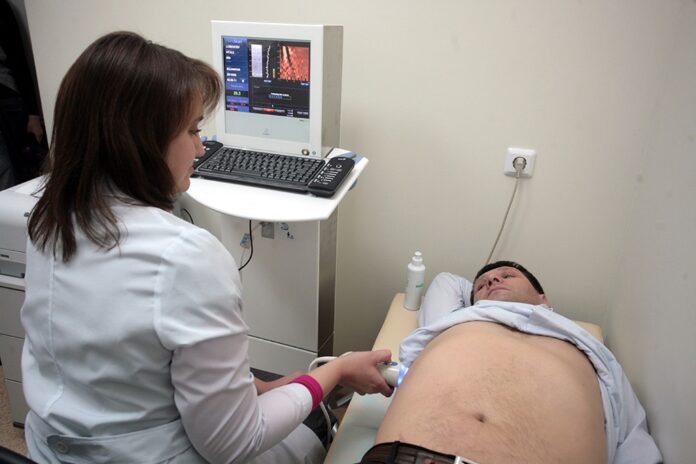 But in this case, the sound waves are converted into electromagnetic waves, which create an impulse. The sensor reads the reaction of the liver tissues to this impulse and the device determines the hard and healthy areas of the liver by the passage of the impulse. The presence of deviations of tissue density from the norm indicates a problem.

At the Republican Infectious Clinical Hospital (RCCH), for which the device was purchased from the regional budget, they explain that fibrosis or cirrhosis was previously determined by palpation or tapping, then ultrasound was used and the diagnosis was confirmed by biopsy. Preference is now given to elastography – a safe method allows you to find pathologies even in newborns. It is no longer necessary to cut the tissues, and the volume of the material under study is one hundred to two hundred times greater than that taken during a biopsy.

– The equipment that our clinic has allows the most complete and comprehensive evaluation of the state of the liver of the patient with inflammatory, viral and metabolic disorders. The new device expanded the possibilities of differential diagnosis. Until now, the opportunity to undergo diagnostics in such equipment was only in Moscow and St. Petersburg, – said Larisa Krayushkina, a functional diagnostic doctor at RCCH.

A new study can be completed under the compulsory health insurance policy, after having received a suitable referral from infectious disease doctors. The procedure will make it possible to assess the degree of liver damage in patients with chronic viral hepatitis and inflammation of the organ, in people suffering from obesity, diabetes, regardless of age and weight. Painless examination lasts fifteen minutes, it can be carried out several times to assess the dynamics of treatment.

In Udmurtia, the results of an experiment on remote measurement of blood pressure were summed up. For six months, almost nine thousand people diagnosed with arterial hypertension, general practitioners and cardiologists from 42 hospitals and polyclinics became study participants. A voice robot and intelligent blood pressure monitors, which automatically measured blood pressure, saved the readings in an electronic diary, and relayed information to the attending physician or paramedic, helped monitor the patients’ condition.

“Hypertension, or high blood pressure, is one of the main risk factors for developing myocardial infarction and cerebral ischemic stroke. This project allows you to monitor the patient at the earliest stage of disease development. Over several weeks, information about blood pressure indicators are collected daily, giving the therapist the opportunity to select or adjust treatment, assess its effectiveness If a doctor sees a risk of developing cardiovascular catastrophe, he can immediately refer the patient to a specialist or to hospitalization,” said Sergey. Pomosov, an independent chief cardiologist at the Udmurt Ministry of Health.

Share
Facebook
Twitter
Pinterest
WhatsApp
Previous article
Mortgages seal the best November since 2010 despite having put the brake on
Next article
Industrial prices fall 1.7% due to energy and will take pressure off the CPI