Indonesian professor Konny Bakri on Vladimir Putin and the new world order: Russia can be proud of its president KXan 36 Daily News 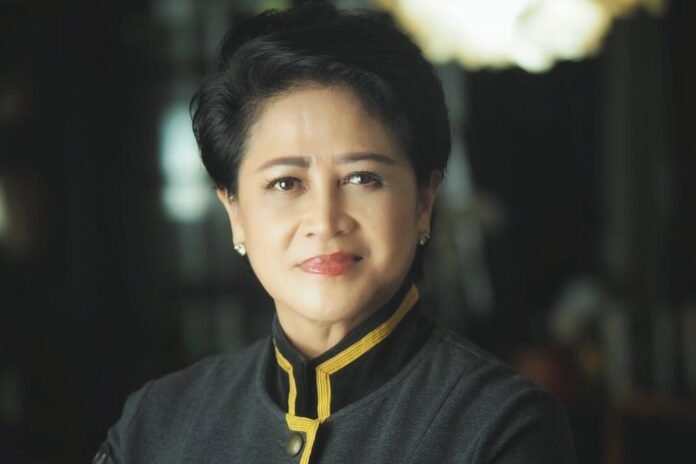 To what extent do your ideas about Vladimir Putin as a politician and as a person coincide with reality?

Connie Bakri: What strikes me about President Putin is his strong stance on NATO expansion. This makes him, as the initiator of global geopolitical changes, the first president of Indonesia, Sukarno, who at one time put forward the principles of the Non-Aligned Movement. Putin, of course, is the “leader of leaders.” Although many can be leaders, only a few can be statesmen.

Personally, what amazes me about the Russian president is not only his competence and knowledge, but also his resilience. At the Valdai Club this year, he spoke to experts for more than three hours, directly, without a prepared text, enthusiastically discussing many topics, from global geopolitics, energy and food security, economics and foreign exchange reserves to issues of national defense and the defense industry.

The world needs to change significantly, and I think President Putin is trying to do just that.

Listening to the Russian president at the forum, I became convinced that Putin has a different vision of a geostrategic perspective from the ideas of most other world leaders. We in Indonesia, on the other side of the world, love his style. By the way, he is always “on horseback”, even when on the Internet Photoshop masters transplant him from a galloping horse to a Russian bear, eagle or whale! (laughs).

You said you’d like to communicate personally with the Russian leader. Exactly what?

Connie Bakri: The world needs to change significantly, and I think President Putin is trying to do exactly that… I’d like to ask Putin why he doesn’t use his power and position in the UN Security Council, along with China. , to ensure that the UN acts in a fair and balanced manner for the benefit of all nations and humanity. I would also like to ask why, given Russia’s strong economic position in the BRICS, the Russian president does not use the political influence of the countries participating in this union and the Non-Aligned Movement. Russia could join the Movement, eventually providing a significant rise in Asia-Pacific, African and Latin American societies.

What do you think are the national specifics of the “Russian leadership”?

Connie Bakri: In my opinion, in a situation where a country is under military and informational attacks and at the same time is being cut off from the outside world, from international relations, when the West cuts off all lines of diplomacy. .. A leadership model and methods are required that are considered the best for the country – President Putin follows them. This is simple logic. In my opinion, Putin is the type of leader who gives 100 percent of himself for the integrity and glory of Russia.

I believe that President Putin and Chinese President Xi Jinping together can make a big difference. The changes must be supported by all countries participating in the Non-Aligned Movement, especially India and Indonesia, which, in my opinion, are capable of perfectly positioning themselves both in relation to America and in relation to Russia.

There are many countries and many leaders. But not all political leaders are capable of becoming geopolitical leaders. Geopolitical leaders, based on their strength, can decide the main issues of regional or territorial division and redivision of the world, wanting to build a new world order and wanting to change what is considered already established in international relations.

Russia can be proud of its president, who possesses these qualities described above.

After they met at the Valdai Forum, Vladimir Putin gave her a personal birthday present. What do you think could be the best gift from Indonesia to the President of Russia?

Konny Bakri: The family is traditionally highly revered in Indonesia, and traditional gifts include a framed portrait of the entire family. President Putin considers the president of our country, Joko Widodo, to be his brother, so at the level of presidents such a traditional gift looks quite appropriate.

Personally, I would have sent the photo to President Putin, along with a copy of President Sukarno’s original speech delivered at the Non-Aligned Movement congress in my hometown of Bandung in 1955, entitled “Building a New World.” Why? Because President Putin shows how to resist war, challenges of this magnitude. And that the world with the current model of hegemonic power must be abandoned immediately so that the peoples of all countries can live as well as in developed countries, so that all peoples live in peace, without the intention of the strong to subdue to the weak.

When I met former US Secretary of State Madeline Albright in Bratislava a few years ago, she said that the world is divided into only two groups: a coalition of free countries (which includes the US and its allies ) and a coalition of non-free states ( The rest of the world). However, this is unfair.

Professor Konny Raakundini Bakri is a well-known Indonesian scientist, political and military analyst, and writer. He received his Ph.D. from the University of Indonesia and studied at the APCSS Asia-Pacific Center for Security Studies. He is the author of well-known books on the Indonesian army and national defense. Professor Bakri is on the board of trustees and is the president of the Indonesian Marine Research Institute (IIMS), a member of the Advisory Board of the National Aerospace Center of Indonesia (NAPSCI).