Industrial prices rise 27% and put pressure on the euro economies 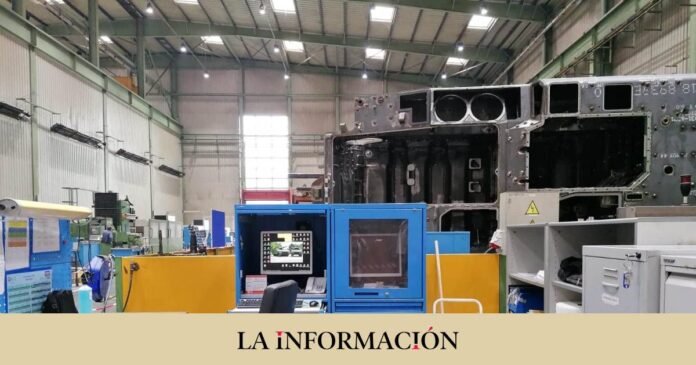 Inflationary pressures are not easing in the Eurozone in the midst of the weakening of the area’s economies and with some already approaching recession. Industrial production prices shot up 27.1% in November in relation to the same month of the previous year, according to data published this Thursday by Eurostat, the community statistics office. In monthly terms, they fell by 0.9%, when they came from falling 3% in October compared to September.

Industry in the Eurozone is facing a very difficult situation, with energy costs and those of inputs (goods used to produce other goods) skyrocketing, which leaves many companies with little room for maneuver and forces them to pass on part of that escalation in their final prices, opening more gasoline for inflation.

In the case of the European Union at Twenty-seven, the prices of the secondary sector increased even more, 27.4% in interannual terms, while in relation to October they decreased to the same extent as in the euro area, by nine tenths. In year-on-year terms, the largest increases were registered in Hungary (+63.5%), Latvia (+51.2%) and Romania (+44.8%), countries whose economies are more dependent on Russia, especially in what to energy is arbiter

The only decrease was shown in Ireland (it was -13%). The rise in energy prices, which began in the summer of 2021 and was driven to historic levels after the invasion of Ukraine, represents one of the main challenges that Europe faces in the recently launched financial year. Within the productive fabric, the sector most sensitive to rationing gas consumption is industry. Above all, chemical and pharmaceutical and transport and storage activities which, within the sectors with the greatest energy dependence, are the ones with the greatest direct weight in the Gross Value Added (GVA) of Spain and of the euro area as a whole.

As María Romero and Juan Sosa, from Analistas Financieros Internacionales (AFI), recently warned, Germany and Italy are the two major European economies most exposed to this geopolitical risk, while Spain is less sensitive, “not only because its industry barely consumes gas Russian, but because its expected reduction in demand will be lower,” they point out. In any case, it will also be exposed to the risks that this adverse geopolitical environment poses in the coming months.

The largest monthly decreases in industrial producer prices were registered in Bulgaria (-12.6%), Slovakia (-11.6%) and Greece (-6%), while the largest increases were observed in Italy (+3 .3%), Sweden (+2.7%) and Ireland (+2.4%). In the case of Spain, industrial production prices fell by 2.2% in November, after falling by 2.3% in October, while in year-on-year data they rose by 20.7%, below the average for the region, thanks, among other things, to what is known as the ‘Iberian exception’.

The Eurozone has barely seen its annual CPI rate moderate to 10.1% in November -from the 10.6% it touched the previous month, its highest level since the risk was put into circulation-, which leaves the The region is in a situation of evident loss of competitiveness in relation to other large economies on the planet such as the United States, where the rise in the cost of living was 7.1% in November, lower than what the main analysis firms had predicted.

Inflation at these levels forces the European Central Bank to maintain the tightening of its monetary policy. The entity raised the price of money to 2.5% in December (its highest level since the end of 2008), it will go ahead at the beginning of this year with rate hikes and starting in spring (in March), it will begin to reduce its balance, reducing the acquisition of sovereign debt at a rate of 15,000 million euros per month.