HomeLatest NewsInflation moderates in Germany for the second consecutive month to 8.6%
Latest News

Inflation moderates in Germany for the second consecutive month to 8.6% 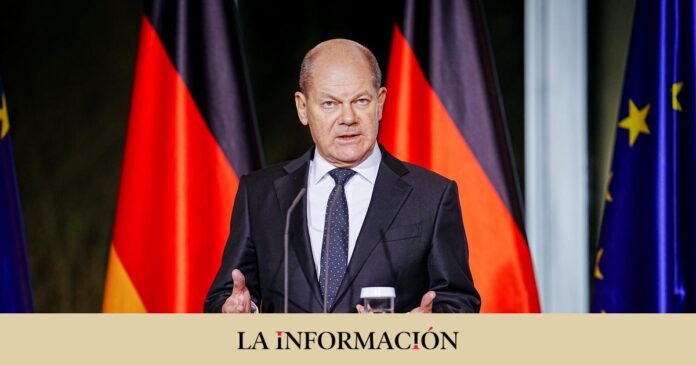 The consumer price index (CPI) in Germany stood at 8.6% at the end of 2022, which translates into a drop of 1.4 points compared to November and a moderation of the increases registered in the year past, driven mainly by increases in energy and food.

10.4% and in November it will stand at 10%, according to data from the German statistical office, Destatis.

According to Destatis, the slowdown in this increase in December prices was already influenced by the payments decided by the German Government to compensate for the increase in the cost of gas and heating as a result of the tensions caused by the war in Ukraine in the environment. of energy.

However, the German office indicates that the full impact of these contributions decided by the coalition government chaired by the Social Democrat Olaf Scholz cannot yet be known and we will have to wait for the publication of the final data on January 17.

“Since the beginning of the war in Ukraine, energy and food prices in particular have been dangerous and have a significant impact on the inflation rate,” acknowledges the German statistical office when publishing the data for the end of 2022.

Despite the slowdown in inflation, last year it reached record levels since the reunification of the country. According to Destatis, the average inflation rate for 2022 will be 7.9%. The data confirm that the greatest increases corresponded to energy prices, which in December registered a year-on-year increase of 24.4%, and food, which increased by 20.7%; services became more expensive in the last month of 2022 by 3.9%.

Faced with a possible recession

The data on the moderation of inflation at the end of 2022 is known at the beginning of a year in which both the Government and the economic institutes foresee that there will be a main recession, although the latest data indicates that it will not be as pronounced as initially expected.

The most recent forecast was published on December 14 by the Institute for Economic Research (Ifo) in Munich (south), according to which the German economy will enter a recession in 2023 but it will be less severe than expected, with an expected drop of 0. 1% of its Gross Domestic Product (GDP).

The data on the rise in prices had been preceded this Tuesday by the unemployment rate, which closed the year 2022 at 5.3% and in a situation of stability in the labor market despite the war in Ukraine, according to the Federal Agency for Employment (BA). The unemployment rate thus fell in 2022 four tenths compared to the previous year, with 2,418,000 people without work, 195,000 less than in 2021.

“In the last year, the consequences of the Russian war against Ukraine – price rises, uncertainty, but also refugee migration – have definitely left their mark on the German labor market,” BA president Andrea Nahles said.

He specified that “however, taking into account the magnitude of the charges, they have been moderate.” Underemployment, which takes into account, for example, people included in labor market policy measures and in a situation of short-term incapacity for work, also fell, by 181,000 compared to 2021, to an annual average of 3,186,000.

These decreases are based on the favorable evolution of 2021 and the first half of 2022, while in the middle of last year, especially the registration of Ukrainian refugees led to an increase in unemployment and underemployment.

Despite the great economic and political uncertainties arising from the war in Ukraine, the demand for workers in 2022 stood at a comparatively very high level, although in the second half of the year it weakened considerably.

Another favorable indicator at the beginning of this 2023 was the one registered by the number of people with employment residing in Germany, which rose in November by 472,000 or 1.0% to around 45.9 million and thus reached a new all-time high of third consecutive month, according to provisional data from Destatis.

Share
Facebook
Twitter
Pinterest
WhatsApp
Previous article
Gennady Zyuganov on the upcoming meeting with Vladimir Putin: We need to compare watches
Next article
You can now see a preview of Episode 1 of Trigun: Stampede.