HomeLatest NewsInfluenza on New Year's Day subsided. but he will return
Latest News

Influenza on New Year’s Day subsided. but he will return 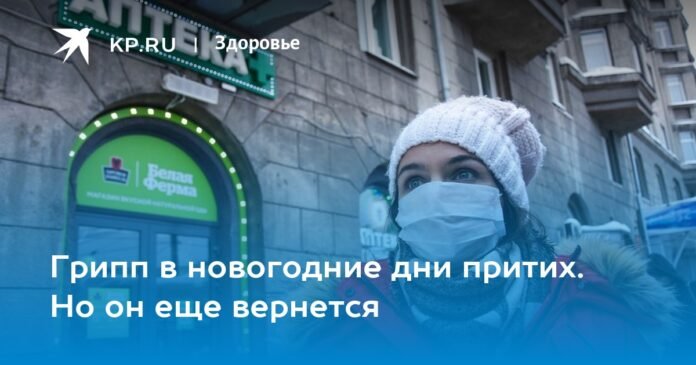 During the New Year holidays, we tend to get sick less, because we are less likely to be in places where there are a lot of people.

Rospotrebnadzor reports that this week there were 30% fewer cases of SARS and influenza compared to the week before the holiday. It is still the flu that suffers the most (80% of the total of all viruses).

During the New Year holidays, we generally get sick less, because we are less likely to be in places where there are a lot of people. Children do not go to kindergartens or schools, adults sit at home and only occasionally go out to have fun.

But usually the second wave of incidence arises about a week after the holidays. According to the infectious disease doctor, Professor Nikolai Malyshev, this year the next wave should be expected on January 20. And this will apply not only to coronavirus and influenza, but to all respiratory viral infections.

The director of the Institute of Health Economics of the Higher School of Economics of the National Research University, Larisa Popovich, is sure that there will be no increase in the incidence of coronavirus, but SARS and influenza are likely to disappear in the near future. beginning of February. Therefore, according to her, it makes sense to get vaccinated against influenza even now, on the eve of the second wave, because immunity after vaccination develops for only three weeks.

Meanwhile, the immunologist, Ph.D. Nikolai Kryuchkov suggested that we would have the flu until April. And, most likely, this season will be one of the most difficult in the last five or six years.

Earlier, the Honorable Doctor of Russia Mikhail Kagan said the same thing to kp.ru: “We are facing one of the worst flu seasons in recent years. After all, where the coronavirus “was down,” other viruses may start to pick up.”

Share
Facebook
Twitter
Pinterest
WhatsApp
Previous article
New record: the film “Cheburashka” paid off in three days at the box office KXan 36 Daily News
Next article
When unemployment is collected in January: these are the new amounts after the rise