HomeLatest NewsIryo will compete with Renfe with new trips to Cuenca, Albacete and...
Latest News

Iryo will compete with Renfe with new trips to Cuenca, Albacete and Tarragona 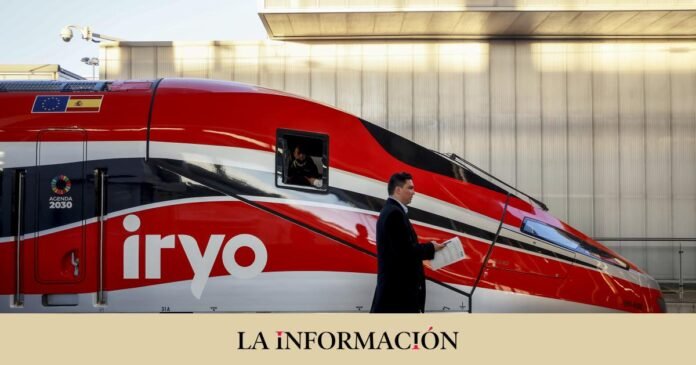 The National Commission for Markets and Competition (CNMC) has given the green light to a resolution that will allow Iryo to provide two new ones between Madrid and Cuenca and Albacete, another between these last two cities and a fourth between Barcelona and Camp de Tarragona.

The company informed the CNMC of its interest in operating these services, which coincide with sections that Renfe already provides as a public service through Avant and Media Distancia trains, for which reason the regulator has had to speak about this possible risk to the public contract. with Renfe.

According to the Competition analysis, the Conventional Medium Distance (OSP) services offered by Renfe are not substitutes for Iryo’s High Speed ​​services, because they last longer. Regarding the Avant, he concludes that they can be replaced by the new services proposed by Iryo if their technical characteristics are taken into account, but not in terms of their frequencies or prices.

Specifically, the Avant have more frequencies than the Iryo trains and the prices of the multi-journey passes for public services are more competitive than the prices provided by Iryo, which for now remain confidential.

The only route in which Iryo’s high speed competes with public services is the Barcelona-Camp de Tarragona, with a price lower than the single ticket for Renfe’s Avant services. However, the CNMC believes that the expected impact on Renfe’s income would not reach 0.003% of the total contract, less than the 1% established in the methodology to conclude that the new services may have a significant impact on the contract.

In fact, the CNMC has taken advantage of this resolution to remind Renfe that it has to notify it of changes to its commercial services that coincide with a route subject to public service obligations.

Share
Facebook
Twitter
Pinterest
WhatsApp
Previous article
New Year’s holidays of the stars: Kirkorov stayed in Moscow, and Kalashnikov is studded with diamonds in Dubai
Next article
Of love, politics and psychology: more than 20 books that we will read in 2023