Is it worth reviving industrial pharmacies in the Far East? KXan 36 Daily News 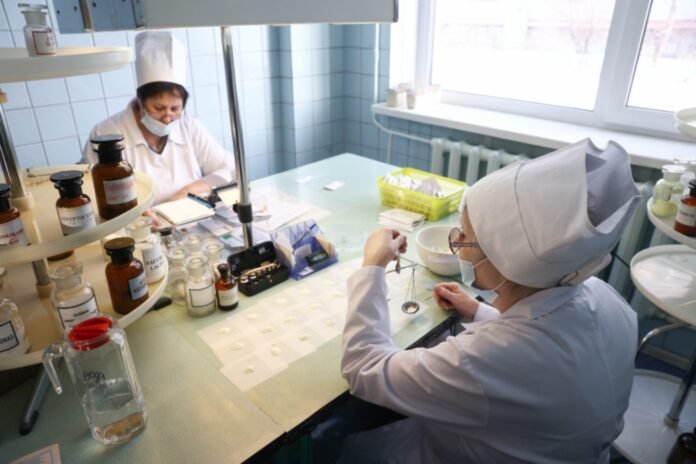 Salavat Sheikhovich, the bill has been shelved for three years. Why did you decide to give it a try right now?

Salavat Suleymanov: The situation with the availability of medicines has changed, industrial pharmacies reminded. To be honest, FZ-61 “On the circulation of medicines” was initially very imperfect, and the expert community made a lot of comments. I was one of those who in 2010 signed an appeal to the president asking him not to pass the law in the form in which it was passed by both houses of parliament. By the way, the first changes to the FZ-61 were made a few months later. Now little remains of the original version, and it is good that the law is being improved.

What is the essence of the latest innovations?

Salavat Suleymanov: There are two of them. One is related to the development of production: it will be possible to expand the manufacture of medicines in pharmacies and reduce the dependence on suppliers of imported medicines. The other limits the number of participants in the process. The introduced amendments are expected to help solve a number of problems with the supply of drugs for the treatment of orphan diseases, allow the use of single doses, especially in pediatrics, and the production of convenient dosage forms. And people are already waiting for life to change. Many, especially the elderly, remember Soviet industrial pharmacies with their eye drops, ear and nose drops, speakers for skin problems, powders. Medications were very accessible. But sober professionals know: not everything is so simple. The changes to the FZ-61 are just the beginning of a very long journey to revive the PA in a new capacity. Now there are completely different socioeconomic conditions, the pharmaceutical market, a different motivation for health professionals and the pharmaceutical industry.

Do pharmaceutical organizations have a request for such activities, a desire to engage in production in a pharmacy?

Salavat Suleymanov: In its current form, no. All over the world, the pharmacy is a profitable business if everything is regulated by rules. To attract private capital, it is necessary to create the conditions for it, and that is the role of the State. Business is about profit. The explanatory note to the bill stated that its implementation would not require additional funds. But the cost of creating a PA is very decent! The country has requirements for the production of medicines, in line with the international standard GMP (Good Manufacturing Practice) – norms, rules and guidelines for the production of medicines.

The most severe requirements for the availability of space, special equipment, trained workers.

The Khabarovsk Far Eastern State Medical University says that they are preparing the right specialists. Yes, you can tell students about the theory and even show the only remaining industrial pharmacy in Khabarovsk. But it only shows. Teaching this way is not possible. This is a very difficult and painstaking job for people with a certain psychotype, mentality. Do you remember the popular expression “just like in a pharmacy”? Before there were few specialists of this type, but now there are none left, the continuity has been broken.

Will PA have enough orders? After all, oddly enough, many doctors say that the recipes are long outdated, that all these powders, potions, talkers are from the previous century.

Salavat Suleymanov: The advantage of a production pharmacy is that you can bring an individual prescription there so that a medicine can be quickly made just for you. But who will make this recipe, who has this knowledge? If you ask doctors what a pharmacopoeia is, not everyone will answer. Someone, perhaps, will remember from the course of general pharmacology that there is such a thick book. So, in order to write some prescriptions, and among them there are very complex ones, the doctor needs to know the pharmacopoeia, where a lot is said. In our digital age, it would probably be possible to create a computer base for specialists to use. Without individual notebooks, there will be no scope of work for the Palestinian Authority. This means that the investment will not pay off.

There is one more nuance: a substance is needed to prepare the recipe. Who wants to buy raw materials for products whose sale is not defined? And who will sell the substance to the pharmacy for three kopecks? In Khabarovsk there is an industrial giant “Dalchimpharm” and it seems that it will be possible to turn to it. I doubt that a limited company that lives its own life is prepared for this.

Business is about profit. The explanatory note to the bill stated that its implementation would not require additional funds. But the cost of creating a PA is very decent!

In addition to pharmaceutical substances, the use of drugs included in state registries was allowed. Crushed up a pill, took a twentieth of it, and made a powder for a child? Only in words everything is so simple. There are many traps. For example, if a prescription drug was made incorrectly, who will be at fault, the doctor or the pharmacist?

Well, and most importantly, we are talking about the regional center, but not in the PA regions at all. Are not there the main problems with the supply of drugs?

The AP Act goes into effect on September 1, 2023. Eight months remain. What needs to be done during this time?

Salavat Suleymanov: First, calculate the economic model for each territory, expenses and income. Understand on the basis of what to deploy the PA. I think they will expand the hospital pharmacies, which are actually also industrial, and some will denounce it. Secondly, production pharmacies are a social burden and will have to be borne, despite the fact that the budget has been drawn up. In Soviet times, the PA was a planned and unprofitable production, a social project. These products will be sold at the most affordable prices, but with a very limited range. You can’t do a good deal. There is no solution to the problem without state support, which can be very different. And you also need to remove redundant requirements for the organization of the PA, not forgetting about quality. Get people interested, get back to training. After all, there is foreign experience. There too, at one point they thought that finished dosage forms could replace everything. They hoped that a lot could be produced in factories in small batches. Failed: unprofitable. However, production was reactivated on a new technological basis, with new regulatory support. We must also strive for this, realizing that we live in new socio-economic conditions. And then everything should work.

Share
Facebook
Twitter
Pinterest
WhatsApp
Previous article
In Vladivostok, there were accidents with KXan passenger buses 36 Daily News
Next article
In Primorye, a forest cat from the Red Book fell into a trap KXan 36 Daily News