HomeLatest NewsIs Spain the country most affected in Europe by the rise in...
Latest News

Is Spain the country most affected in Europe by the rise in the Euribor? 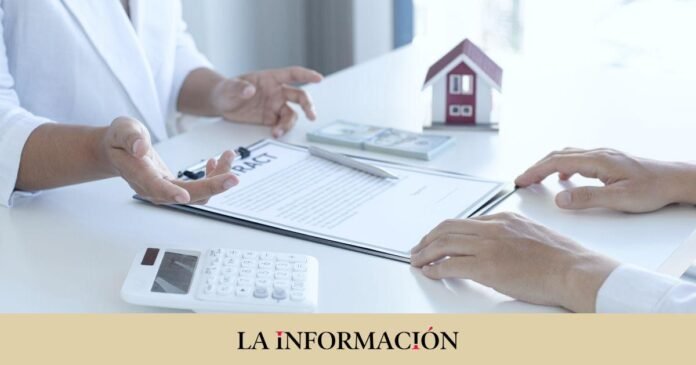 The current policy of the European Central Bank (ECB) is to raise interest rates until inflation in the eurozone is reduced to 2%. Since last June, rates have gone from being at 0% to already reaching 2.5% after the last increase agreed this week. And this has only just begun, as confirmed by the president of the ECB herself, Christine Lagarde, who is convinced that this is the appropriate measure to alleviate the boom in prices, despite the fact that on the horizon we can glimpse an economic recession .

But what does the rate hike imply? Well, it entails, among other things, a rise in mortgage prices, both fixed and mixed and variable, since the reference index for the latter, the Euribor, is skyrocketing. The Euribor has gone from being negative to already exceeding values ​​of 3%, something that affects all European countries, but especially Spain.

In our country, “the interest rates offered by banks when granting a mortgage are lower than in northern Europe, but higher than those of our neighboring countries,” explains the host of iAhorro, Laura Martínez. Specifically, according to data from the European Mortgage Federation (EMF) corresponding to the second quarter of 2022, the average rates at which mortgages were signed in Spain increased 13 basis points from the first quarter of the year, to 1.63%. .

Interest rates in other European countries

A similar increase occurred in France, average rates rose 14 basis points but are still slightly lower (1.27%) and in Portugal, although rates have risen to 46 basis points, they are among the lowest in Europe, at 1.20% on average. If we make the same comparison with the data from Italy, we see that the increase there has been 38 basis points, but its average rates are already over 2%, a percentage that borders Belgium (1.86%) and exceeds Germany (2.24% ).

Eastern European countries, such as Poland, Romania or Hungary, far exceed the rates mentioned above. Polish citizens have signed their mortgages in the second quarter of 2022 at a weighted average rate of 8.20%, the highest registered by the European Mortgage Federation in this period. Behind are the Hungarians, with 5.48% and the Romanians, with 4.62%.

Denmark is still below 1%, with 0.90%, and Finland, despite not reaching that threshold in recent years, has raised its rates 73 basis points from the first quarter of 2022 to the second, to 1.60% .

Variable mortgages predominate over fixed ones

In Spain we have not yet reached those interest rates for new mortgages, although, Martínez clarifies, “those who have contracted a variable mortgage and do their review this month, with a Euribor that is much higher than 3%, could pay rates close to at 4%”. This affects many Spanish mortgage holders because our country has always, historically, been a country of variable mortgages.

According to data from the National Institute of Statistics (INE), until 2016, mortgages constituted every month represented more than 90% of the total. That year the percentage of variables began to drop and the turning point came in March 2020, with the coronavirus pandemic, which ceased to be the majority compared to fixed mortgages.

If we compare the situation in Spain with that of other European countries, according to the data provided by the EMF, in Belgium we see that in Italy 74.8% of the loans are governed by a fixed or mixed rate; in Germany that percentage is low at 44.7%, but the variables represent only 9.6%; and in Portugal, 67.2% of the new signatures correspond to variable mortgages. From France, this body does not record this type of data.

A country with more owners than tenants

Despite the above data, of the total number of outstanding mortgages currently in Spain, the Spanish Mortgage Association (AHE) ensures that 70.5% are governed by a variable interest rate and the remaining 29.5% by a fixed one. If we compare these data with those of the rest of the European countries, we can deduce that Spain is among those with the most variable mortgages and, therefore, most affected by the rise in the Euribor.

Only Finland is above in terms of the percentage of outstanding mortgages that are governed by a variable rate: 95.5%. Of the rest, 2.5% are governed by a fixed rate and 1.9% are mixed (fixed rate between the first and fifth year and variable thereafter). When it comes to the ratio of owner-to-rent households, this varies greatly from country to country. In most EU countries, more than two thirds of households own their home, either directly or with a mortgage.

According to the Home Tenure report published by the OECD and updated in August 2022, Central and Eastern European countries have a large proportion of households that are outright owners, largely because, after the fall of the communist regime, many renters are offered the option of buying their homes at a low price. As a result of this, in Romania today about 95% of households are homeowners.

But we also see relatively large proportions of homeowners in Portugal, Italy and Spain, where it exceeds 70%; in France it is around 60%. Of course, in Spain and Portugal the number of mortgaged owners is greater than in Italy and France, where rent is also gaining prominence.

Thus, taking into account that in Spain more than 70% of citizens are homeowners and that the majority of outstanding mortgages are variable, we can conclude that the rise in the Euribor is noticeably displaced to Spaniards. Of course, as explained by the speaker of iAhorro, Laura Martínez, “this does not mean that the rise in the Euribor affected a Spaniard more than a French or an Italian, but that, in general, Spain may be more affected than France or Italy; even than Romania, which despite having more owners, barely 2% of them have a mortgage”.

Share
Facebook
Twitter
Pinterest
WhatsApp
Previous article
The prime mortgage was extended, but the rate has changed: how much will the percentage increase from the New Year
Next article
“Surprisingly, everything coincided”: the wife and son of Alexei Balabanov summed up the year KXan 36 Daily News