Israeli woman files for divorce due to insomnia from her husband 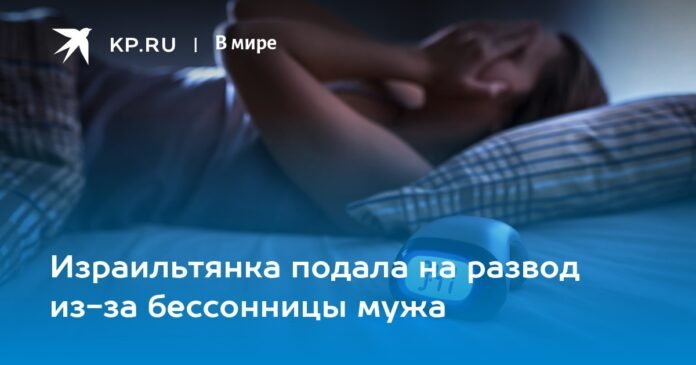 An Israeli woman turned to a lawyer with a request to draw up a divorce agreement with her husband, to whom she had been married for many years. According to her, the once happy family life has turned into a nightmare for her.

The reason lies in the insomnia of the husband, who not only does not sleep himself, but also does not let his wife sleep: he gets up, turns on the light and the TV, and wanders aimlessly around the room.

“It’s just destroying my health. Thanks to him, I am always tired, nervous and unable to concentrate. It’s time to stop,” the woman said.

According to his confession, the last straw was an incident that happened recently. Her husband woke her up at night… to talk. He pushed her wife several times, and when he finally woke up from her, he said that he would like to talk to her about the events of the previous day, since they did not have time to talk before going to bed.

After the family’s lawyer got to the bottom of the allegations, he drew up two agreements: one for reconciliation and an attempt to mend the relationship during the trial period, and the second for divorce, in case reconciliation did not occur. .