It became known who will replace Ivan Urgant and Dmitry Nagiyev on New Year’s Eve. 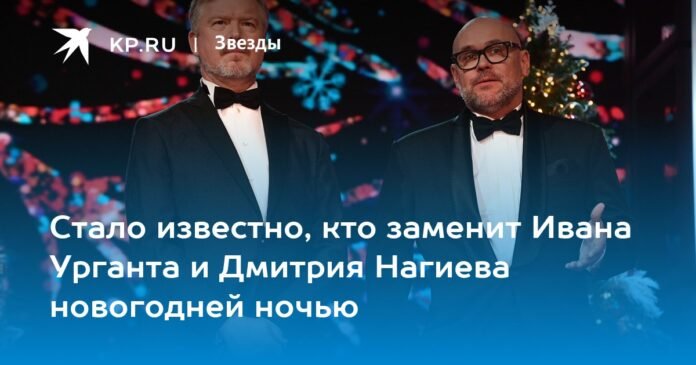 As you know, neither Ivan Urgant nor Dmitry Nagiyev will be in the New Year’s Yolka franchise this year https://www.kp.ru/daily/27442/4644705/. The same goes for Christmas lights. Channel One has released a list of presenters who will be entertaining audiences on the night of January 1. There are no disgraced showmen there.

But there is Larisa Guzeeva, who tried herself as the host of Voice, another debutante, figure skater Anna Shcherbakova, who perfectly showed herself in Ice Age, the host of Three Chords Maxim Averin, who replaced Alexander Maslyakov in KVN. Valdis Pelsh, the host of Fantasy Vadim Galygin, and also Svetlana Zeynalova, Timur Solovyov and others.

This year’s New Year’s edition will be nostalgic: dozens of stars (Glyukoza, Valeria, Vyacheslav Butusov, Sergey Zhukov, etc.) will repeat the best hits of the 2000s on the air. They also promise colorful 3D graphics.

The new group of hosts will traditionally connect the performances with each other and provide a light and relaxed atmosphere of the holiday with aerial ingenuity.

– May the New Year bring warmth and joy to your homes, may all your relatives and friends be with you and be healthy, – Larisa Guzeeva wished the audience on the eve of the holiday. – Do not let those over 60 confuse you and do not interfere with you in any way to realize your wildest dreams and desires. Sit back and inspire! Be healthy, happy and loved!