HomeLatest NewsKhamatova and Smolyaninov, who escaped from Russia, take on any shameful job
Latest News

Khamatova and Smolyaninov, who escaped from Russia, take on any shameful job 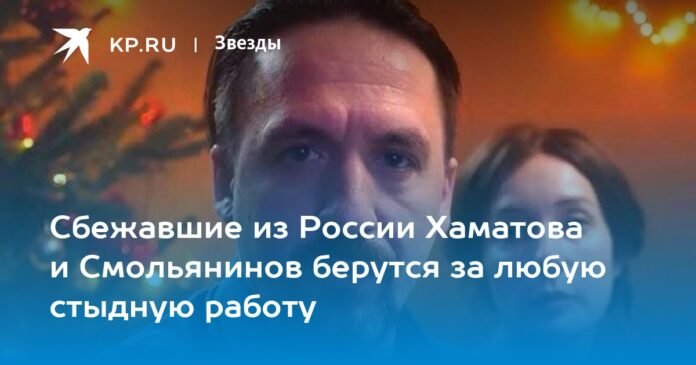 Chulpan Khamatova and Artur Smolyaninov starred in the video.

Chulpan Khamatova and Artur Smolyaninov fled Russia a few months ago. The actress settled in Latvia, and the ex-husband of Darya Melnikova moved to the United States. Probably, in a foreign country, celebrities have a hard time. They began to appear nude in dubious roles.

Chulpan Khamatova and Artur Smolyaninov are ready to do anything for the sake of their previous earnings. It’s no secret that in Russia they lived large, received large fees. After leaving, the ex-husband of Darya Melnikova is looking for a job intensively. Khamatova at least gets on the stage of the Riga theater.

Not long ago, they were offered to act as a married couple in a racy scene. To the surprise of the public, the artists agreed to an embarrassing role in one of the clips. According to the plot of the low-budget video, the actors were filmed completely naked. In this way, they showered together.

It is worth noting that Smolyaninov, unlike Khamatova, tries to behave quietly in a foreign country. But Chulpan has already been disgraced several times. He made negative statements about his title of People’s Artist of Russia and spoke unflatteringly about his Homeland, where he earned millions.

At the same time, Chulpan did not hesitate to tell how he used his position as a star in Russia. Many years ago, she tried to make a career in Europe, but no one needed her. “In Germany there were already prohibitions, they could cut a part of the film… But in Moscow everything is possible: absolute freedom. You can talk about any subject, in various genres,” the actress admitted.