HomeLatest NewsKion presented a selection of the most popular Russian films of the...
Latest News 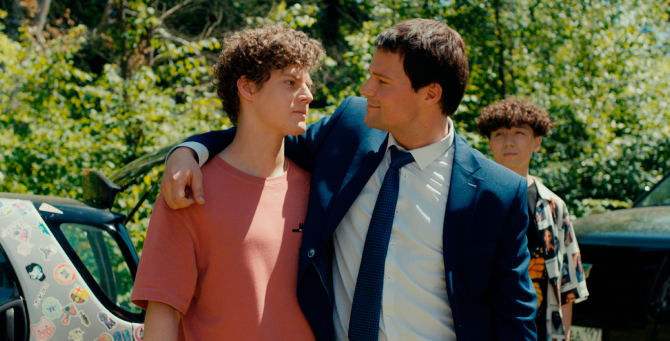 On December 28, Film Day is celebrated all over the world – it was on this date in 1895 that the first film exhibition was held in Paris, by the famous Lumiere brothers. Especially for this event, Kion presented a selection of the most popular Russian films of the year.

The list includes Pyotr Todorovsky’s romantic comedy Love Story and the drama Distant Relatives, in which nugget actor Yevgeny Syty played his last role. The rating also includes a new play by Avdotya Smirnova based on a literary scenario by the writer Marina Stepnova.

The selection also includes the thrillers “One”, based on the true story of a girl who survived a terrible plane crash, Larisa Savitskaya, and “Obsessed” by Igor Voloshin. According to the plot, the free-spirited medical examiner Lisa is a guest in a bar, where she finds a partner for the night every time she finds herself.

In addition to these films, in the selection you can find the paintings “Heart of Parma” and “Scythian”. The latter is an atmospheric historical fantasy with Alexander Kuznetsov, which takes viewers back to the times of Ancient Rus. The Lutobor warrior must be tested.

Earlier it became known that the premiere of Ruben Ostlund’s satirical comedy “Triangle of Sorrow”, winner of the 75th Cannes Film Festival, will take place on January 5 at the Kion online cinema. This is the second most prestigious show award for the director.

Share
Facebook
Twitter
Pinterest
WhatsApp
Previous article
Diaz questions the ability of the VAT reduction to alleviate the inflationary crisis
Next article
Russian Defense Ministry: The Russian army destroyed a group of saboteurs of the Armed Forces of Ukraine in the Yuzhno-Donetsk direction KXan 36 Daily News