HomeLatest NewsKion showed the trailer for a documentary about the life of the...
Latest News 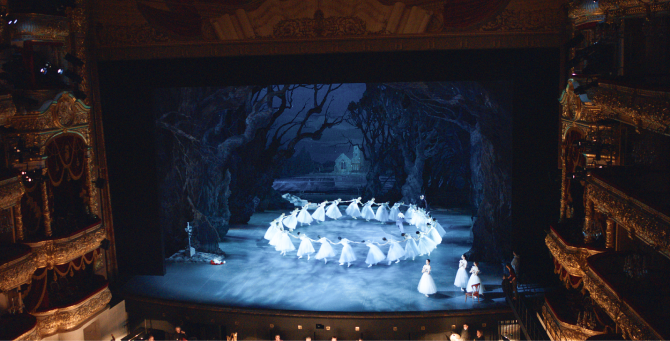 Kion showed the trailer for the documentary “Big. Season” about the life of the Bolshoi Theater. The project will premiere on the streaming service on December 24.

The film was directed by Anastasia Popova. In the new image, he tried to get into one of the best musical theaters in the world, understand how his life is built, meet those who work in it today. To do this, the director chose one of the most dramatic moments in the Bolshoi’s history: the 246th post-pandemic season.

The film shows that the creation of a show requires the participation of many people, services, workshops, united by common tasks. Among them are the general director Vladimir Urin, the chief conductor Tugan Sokhiev, the head of the ballet company Mahar Vaziev, the premieres Vladislav Lantratov and Denis Savin, the cousin Svetlana Zakharova, the opera singers Anna Netrebko and Agunda Kulaeva, the conductor Alexander Shanin and many others.

“The Bolshoi Theater always opens its doors to professionals with pleasure and without fear, because we do not hide our work process. The main thing is that those who entered these doors should try to understand and feel this house, and, as it seems to us, they succeeded. In any case, the intonation of the story impresses me a lot,” said Vladimir Urin, general director of the Bolshoi Theater.

Previously, the Bolshoi Theater hosted the premiere of three one-act ballets under the title Labyrinth. The performance will tell about the timeless components of each person’s life with the help of modern dance. Read more about the MuzArtS project and those who participated in its creation in the BURO material.

Share
Facebook
Twitter
Pinterest
WhatsApp
Previous article
What cars will the new Moskvich 3 crossover have to compete with KXan 36?
Next article
Garamendi boosts the Madrid employers’ association above the rest of the territorial ones