HomeLatest NewsLego released a set based on Hokusai's print "The Great Wave off...
Latest News 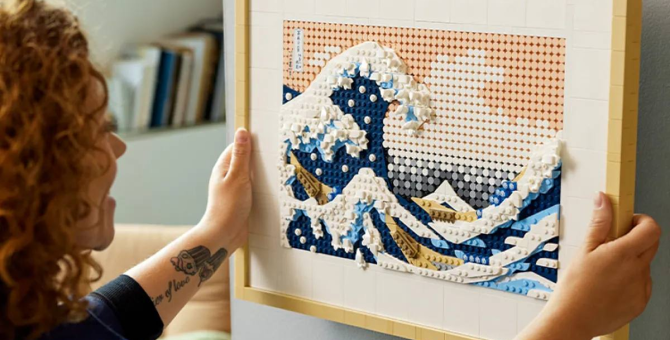 Lego has released a set based on Japanese artist Katsushika Hokusai’s engraving The Great Wave Off Kanagawa. Includes more than 1,800 pieces. The resulting image can be hung on the wall. Information about the novelty appeared on the website.

According to the creators of the set, their key task was to convey the sensation of movement that the image evokes. They achieved this effect by overlapping elements.

“We had to ask ourselves: ‘How can we use the shape and texture of Lego bricks to emphasize and capture this expression and emotion?'” said Lego’s head of art, Fiorella Groves.

Another difficulty was designing the model so that its final version was as close as possible to the original. Groves added that “the three-dimensionality of the constructor has become a problem since Hokusai once worked to use the power of the image in only two dimensions.”

Previously, Lego showed a set that is made in the shape of the Eiffel Tower. It included 10,001 pieces, which made it the second largest designer of the company: in first place is the “Map of the World” with more than 11 thousand elements.