HomeLatest NewsLera Kudryavtseva flew away from her husband
Latest News

Lera Kudryavtseva flew away from her husband 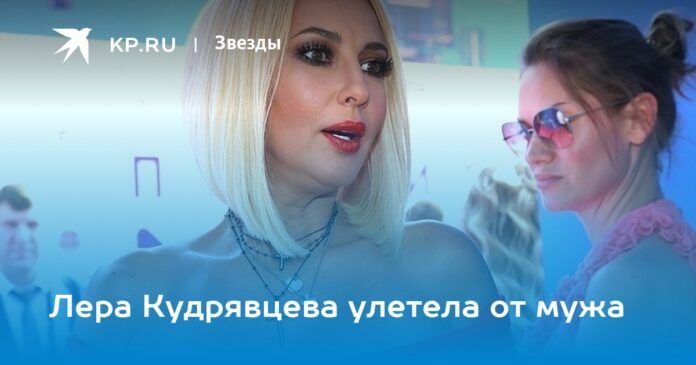 Lera Kudryavtseva’s work schedule is scheduled minute by minute: she hosts the popular programs “Secret for a Million” and “The Stars Came Together”, and also brings up her four-year-old daughter Masha from hockey player Igor. Makarov. Having celebrated the New Year with her family, Lera decided to go on vacation to a warm country. The TV presenter chose Dubai or the Maldives, not loved by the stars, for that matter, but still little promoted destination: Oman. But for some reason, the TV star went on a trip alone, without her husband.

Kudryavtseva announced her vacation on social media by sharing a video shot in the business class of the plane. Lera promised subscribers to get in touch regularly and talk about Oman.

“Well, here is my vacation. She flew to Oman. I will tell you about this state. We are opening new horizons”, said the television presenter.

Before the flight, Lera could not resist and joked that she was leaving her homeland. The 51-year-old TV presenter suggested that she might be suspected of emigrating, for which she assured that she sincerely loves her country. As evidence, Kudryavtseva showed a T-shirt with the inscription “Russia”, which she said she had bought at the airport store.

“Well, I flew to rest. I bought a t-shirt at the airport. Well, so there are no questions, so to speak,” explained the television personality.

A few hours later, Lera shared vivid images of Oman on her page. The TV presenter showed how she walks along the beach in a bright long tunic. The fans showered Kudryavtseva with praise: “How beautiful”, “You don’t change at all”, “Wasn’t Masha with you?”, “What an unusual place”, “You are just a goddess”, “How do you like such landscapes ”, wrote the followers.

At this time, Igor Makarov on his page on the social network shared pictures with his daughter Masha, shot in Moscow. From this, the fans concluded that Lera decided to spend the holidays without her husband and her daughter. Netizens were alarmed: Is there really discord in the star family? However, more recently, Kudryavtseva assured the public: everything is in order with Igor.

“We are fine. If a man loves his family, his wife, he will never go anywhere. And if love has passed, then no one will keep it. A man is not a dog! Lera pointed.

“Well, I flew to rest. I bought a t-shirt at the airport. Well, so there are no questions, so to speak,” explained the television personality. Photo: social networks.

At the same time, the TV presenter does not consider her ideal marriage. So, Lera admitted to journalists that there was no passion between her and her husband for a long time. And family life has turned into a union of two close people. And there is nothing to worry about, the screen star is safe.

– Girls, live together for 10 years, you will not have passion either! I assure! Kudryavtseva said.

Telediva believes that love lives three years. And then the spouses are taken for life. Lera cited her own family as an example. For the first three years, everything was perfect with Igor Makarov. And then the routine began.

– The first three years – yes, and then – family, life… You are friends, cronies, close people, relatives. But, like rabbits, 10 years is impossible! This does not happen easily! Passion is something completely different! Laura is sure.

Share
Facebook
Twitter
Pinterest
WhatsApp
Previous article
Pentagon praised Bradley infantry fighting vehicles transferred to Kyiv, calling them “tank killers” KXan 36 Daily News
Next article
The head of the Ministry of Defense of Ukraine justified the lack of discipline in the Armed Forces of Ukraine by the actions of the “instigators” KXan 36 Daily News