HomeLatest NewsLight consumption drops 3% in 2022 to register its worst data in...
Latest News 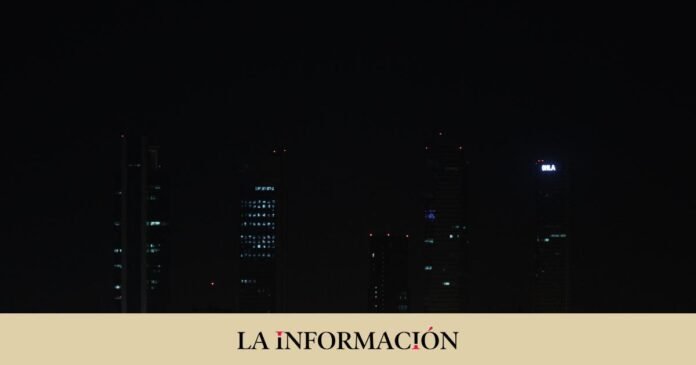 Light consumption will fall this year to its lowest level in the last 11 years as a result of high prices. The demand for electricity is one of the thermometers to measure economic activity and with this sharp decline comes the scenario of low or no growth in the economy.

Specifically, the data from Red Eléctrica consulted by this means show a recovery in national electricity demand of 3% compared to the previous year, up to 249,400 gigawatt hours (GWh). The figure is even lower than the year of the pandemic (250,051 GWh), with most economic activity stopped to stop the spread of covid-19.

It also stands out that October of this year less electricity was used than in June 2020, when normality began to gradually recover after the outbreak of the pandemic. A drop of this type in electricity consumption reveals the stoppages of the factories or their decrease in production and also the greater savings on the part of households. The setback began to be felt more and more as the months passed since the start of Russia’s invasion of Ukraine in February.

In fact, at the beginning of this year and before the Russian troops attacked the country, the Association of Companies with Great Consumption of Energy (Aege) already issued a harsh warning. He spoke of “survival danger” to pay after the light more than double that in France. Specifically, the companies associated with the employers’ association, which account for more than 10% of national electricity consumption, closed last year with a supply extra cost that exceeded 1,500 million euros compared to their European competitors.

Return to the ERTE

This year the situation has gone one step further and companies such as ArcelorMittal have been forced to resort once again to the Temporary Employment Regulation Files (ERTE). The industry used to produce at night, when prices were cheaper, but with the cap on gas for electricity generation, consumption habits have been reversed and shifts have had to be reduced.

Specifically, during the day there is a greater generation with renewables, especially solar and wind, which causes the price of electricity to fall, while at night it rises as production increases with combined cycles -the plants that use gas-. From Aege they thus denounce that this new situation has altered the production shifts of sectors such as the steel industry, “very modulating”, and that before they displaced consumption from the peak hours of the day to work more in the off-peak hours of the night.

“Price expectations for 2023 are even worse than this year”

“Price expectations for 2023 are even worse than this year. If we add the extra cost of the compensation mechanism, the bill will be higher than this year. Only in market cost are we talking about prices that can exceed 250 euros the megawatt hour (MWh) in some quarters”, the general director of Aege, Pedro González, pointed out to La Información.

González goes further and issues a harsh warning. “Next year will be extremely difficult to maintain industrial activity if measures are not adopted to match the price conditions of our electro-intensive consumers to those of their European countries. Uncertainty continues to be high and this means that expectations are not good” , underline.

In this context of high global uncertainty, the Spanish economy slowed down somewhat more than expected in the third quarter of the year. The GDP stagnated with a growth of barely 0.1% between July and September in relation to the previous quarter, compared to the 0.2% that had been initially calculated and well below the 1.5% that came to advance between April and june.

In addition to the drop in production, the energy saving measures promoted by the Government in summer and that have been applied in shops and public buildings, such as limiting the temperature of air conditioning and turning off shop windows, have also had an influence. Since August 10, public buildings and businesses have to comply with temperature limits and turn off their lights at night.

Specifically, through the Shock Plan for energy savings and management in air conditioning prepared by the Ministry for Ecological Transition, the use of air conditioning in summer is limited to 27 degrees and heating in winter to 19 degrees in public buildings, especially department stores. , transport infrastructures (airports and train and bus stations), cultural spaces and hotels, while after 10:00 p.m. the lights in shop windows and public buildings must be turned off. All these measures will be in force until November 1, 2023.

But not only has electricity consumption dropped in Spain, but also gas consumption. The conventional demand for natural gas, intended for consumption by homes, businesses and industries, accumulates a decrease of 20% from January to November compared to the same months in 2021, with 207,157 GWh. On the contrary, the demand for gas from the electricity sector will end the year totally triggered by the generation of electricity through combined cycles. It has grown 61% year-on-year, to 129,283 GWh.

Share
Facebook
Twitter
Pinterest
WhatsApp
Previous article
Chainsaw Man invites you to read the manga with a new commercial.
Next article
Only four fruits: the nutritionist pointed out the “little thing” that destroys health KXan 36 Diario