Low emission zones, the last challenge for mayors in the election year 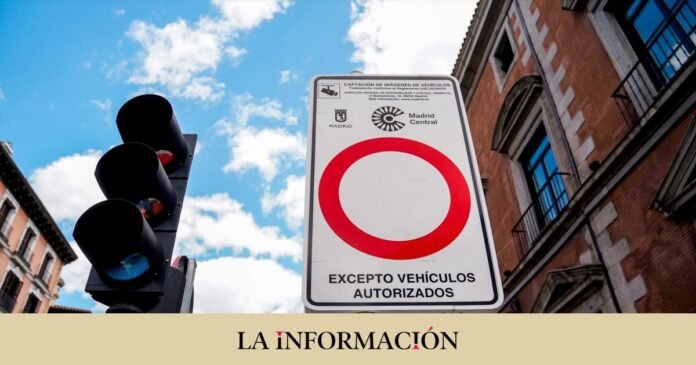 On January 1, 2023, all Spanish municipalities with a population of more than 50,000 inhabitants must have a low emission zone (ZBE) established, as dictated by the Climate Change Law approved in May 2021. However, no It has not been until December 27, 2022 when the Government has regulated the design of these areas, which has left the municipalities a narrow margin of action to implement them.

Aware that this was going to happen, both the Government and the municipalities have already established a series of minimum criteria for the design of these areas through the Spanish Federation of Municipalities and Provinces (FEMP), a framework that has been adopted in the Royal Decree approved this week. In total there are 151 municipalities throughout the country that must implement these low emission zones.

Some, like Madrid, already have theirs up and running, although to achieve this they have had to go through discussions and flow rivers of ink. The Royal Decree grants cities 18 months to review their LEZs in order to adapt to the established requirements, although the capital of Spain will not have to do so, since the extinct Madrid Central -now called the Central District- is regulated in its Last Sustainable Mobility Ordinance.

Its application also affects two other areas: the surroundings of the Plaza Elíptica, in the southern area; and the rest of the city, where vehicles without a label will be prohibited from driving on the M-30 and its interior starting this year. This same week it has been known that it returns to the courts, after the government of Martínez Almeida granted a one-year moratorium on industrial and commercial vehicles with a B label that has been appealed by Más Madrid.

Save the law with low emission zones without real effect

Others, such as Zaragoza, have opted to save the State Law by creating a provisional ZBE without fines for those who fail to comply with the rule. In this way, as expressed by its councilor for mobility, Natalia Chueca, it avoids “putting any fund at risk or falling into default”, in addition to not losing European funds linked to the reduction of atmospheric emissions. The Aragonese capital will have 18 months to adapt to the state norm and set criteria and a definitive scope, since at present it only limits access to vehicles without a label.

The Maño city council, governed by PP and Ciudadanos, has criticized the “legal uncertainty” that the Government has caused, since “since May 2021 it could have regulated it and until now there has been no clarification.” To avoid reaching this extreme, the FEMP requested a moratorium from the Ministry of Ecological Transition, which did not undertake it, alleging that the mayors had had enough time to advance in its processing.

At least one year is needed to implant them

The FEMP quoted in four months the necessary deadlines to prepare the texts of the ordinance, to which would have to be added the necessary reports and pass the period of public information, extending the period up to one year in order to become effective the actual application of these areas of low emissions. Precisely to accelerate its implementation, the Government enabled two items of European Funds: 1,000 million in 2021 and 500 million in 2022. Projects were awarded to subsidize them in 63 of the 151 affected municipalities.

There are cities that have directly chosen not to design traffic bans in their low emission zones. This is the case of Cartagena (Murcia) is pedestrianized and surrounded by streets with speeds reduced to 30 kilometers per hour”. The new Law, for its part, does not require that access to traffic be prohibited.

Waiting for the rules of the game

Among those who leave their plans for the future is Valencia. Local government sources say they are “waiting for the legal framework that the Ministry of Ecological Transition is preparing.” Meanwhile, their plans include investing 11 million euros, most of them from European funding, in addition to working on the regulation and the future ordinance that delimits the area. While maintaining a process of “debate and listening” with the public about its operation, they have tendered the 274 cameras that will regulate the 93 vehicle access points.

These restricted areas will not last immutable over time: they must be reviewed every four years. They will enter, as usual, in the usual political debate of which urban mobility and air quality are increasingly becoming a part. Its improvement is the initial and final objective of the new standard, which was born with the idea that it will be possible to reduce the use of private vehicles in the city by 35% by 2030, as well as reduce the maximum levels of pollution by half.

Will this plan be enough to achieve it? Only time will tell. Until now, neither the progressive decarbonization of transport nor the zones that have already been established have been necessary to reduce pollution in environments that register higher levels of suspended particles or noise. The ball therefore passes into the hands of the mayors, who will have their next appointment with the polls in May and where these low emission zones will once again form part of the electoral discussion, as has been the case up to now.

Share
Facebook
Twitter
Pinterest
WhatsApp
Previous article
“Vacation Heart Syndrome”: Why Acute Conditions Often Set Off on Mondays and After the Holidays KXan 36 Daily News
Next article
In the United States, tourists arriving from China will only be able to enter with a negative test for COVID-19 KXan 36 Daily News