Lukashin is an aerial fighter, Shpak complains about bitcoin: A discouraging trailer for the comedy “Self-Irony of Fate!” has been released! 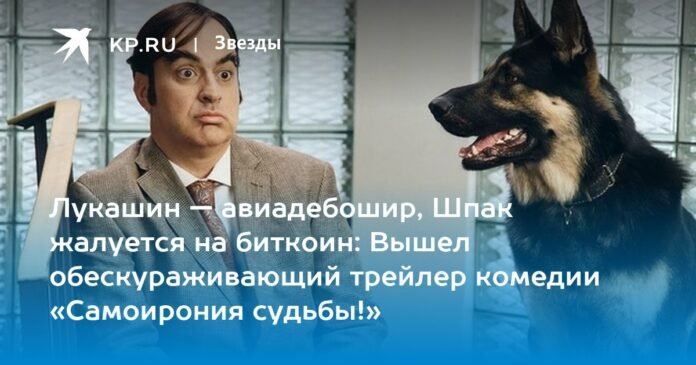 The TNT channel continues to arouse interest in the New Year’s comedy Self-irony of Fate, in which modern comedians will try to reproduce well-known footage from Soviet cinema classics. The film will be shown on the eve of New Year’s Eve and the first trailer for the film was released on December 23.

From him you can already understand what will happen in the comedy. The authors of the script took almost all the famous and relevant memes with phrases and put them in the mouths of the characters from whom we are used to hearing something different. Apparently, this is what the comic effect and “adaptation” of the well-forgotten, but still beloved old cinema should be built to modern realities. To make it clear to the youth!

Some decisions, however, are daunting. Here is Lukashin (Timur Batrutdinov) in shorts flying through the cabin of the plane while everyone is filming him. But Nadia (Olga Kartunkova), almost thrown, drinks from an iron kettle. Funny?

Instead of flooded fish, Philip Kirkorov, who plays Hippolyte, snow on his hat inside the apartment, complains not about flooded fish, but about dikpiks (photos of genitalia sent via instant messaging). And the Russian tsar, who played Ivan the Terrible, Kazakh Azamat Musagaliev says “E-mae!” for surprise