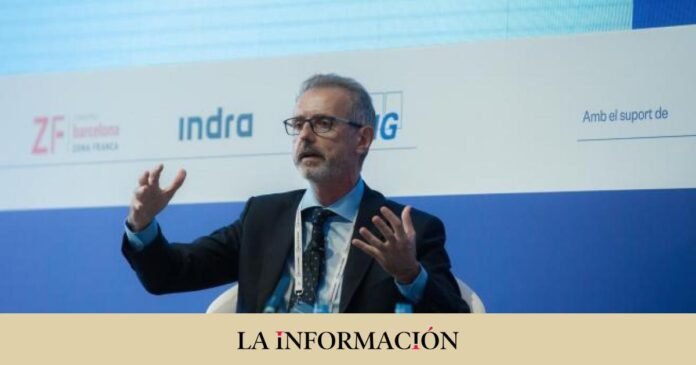 Marc Murtra resigned for corporate reasons before the National Securities Market Commission (CNMV) his casting vote on Indra’s board of directors after the shock experienced at the meeting last June. The non-executive president does not have the power to break a tie in a future divided election in the highest decision-making body. But what he does retain is that casting vote in the strategy committee, a committee that he himself promoted and that reviews all business, financial and business decisions of the entire Spanish defense group.

The new regulation that emanates from the changes approved at the general shareholders’ meeting that took place in October was published in the CNMV this December, but with a registration date of November 30, 2022. That is the document that governs the internal operation of Council. And it is where the rules are reflected in the development of sessions, the constitution of commissions or the appointment of members. One of those commissions is the one on strategy that Murtra promoted just a year ago now to analyze more closely all the great measures carried out by the executive directors -at that time Ignacio Mataix and Cristina Ruiz-.

That Commission is chaired by Murtra himself. And in the new regulation I know something that was already present in the previous version: the agreements of each and every one of the committees will be adopted by the absolute majority of votes of the directors you will keep concurrent “and the vote of the its president”. It affects all the presidents, but there is no exception for the president of the entire group, who will have that casting vote for the future in a commission that is made up mainly of independent directors.

Specifically, after the reconfiguration of the board after the last extraordinary meeting, the Strategy Committee is made up of six members. Apart from Murtra as president, the agreement of two proprietary shareholders representing relevant shareholders: Jokin Aperribay, for Sapa Plasencia, and Miguel Sebastián, for the State Company of Industrial Participations (Sepi). Then there is Francisco Javier Garcia, an independent appointed before the June council shakeup. And finally, two new independents: Axel Arendt and Olga San Jacinto. It could have tied, so to avoid a possible block, this casting vote will be decisive.

This Strategy Commission is consultative and advisory in nature, but many relevant decisions pass through the hands of its members. Specifically, among its functions is the analysis of the proposals of the executive directors (the CEO, Ignacio Mataix, and the general director of Minsait, Luis Abril) in matters of business, financial or other type of strategy. In addition, he is entrusted with monitoring the strategic plan, presenting proposals or recommendations to the council, as well as keeping up-to-date on market trends. Last year it had three meetings, as reflected in the group’s corporate governance report. Of course, it only counts since its creation that it was approved in the session of the September administration year of that council.

This movement clashes with the decision that the company displayed before the October general meeting, when Murtra and Sepi tried to appease the CNMV by renouncing the casting vote in the board of directors votes. This occurred in the midst of an investigation by the CNMV into a potential concertation between the state company, Sapa and Amber Capital to carry out the coup d’état of the June assembly, where the non-renewal or cessation of four of the most critical independent directors. This resignation of the president was one of the two demands that the previous leader of the independents, Albeto Terol, put on the table to resign and not force the success to be formalized. He was eventually fired.

One of the most ambitious projects at the corporate level will foreseeably be analyzed in the coming months: the Minsait spin-off, to open it up to an external partner or even take it public. Amber Capital is one of the biggest supporters and its founder, Joseph Oughourlian, has made it known in several public interruptions. Murtra himself has also pointed this out on different occasions, assuring that it should be studied and that more operational independence should be given to the technology division. On the opposite side is the CEO, Ignacio Mataix, who defends a ‘status quo’ to maintain control.

On the other hand, the company announced on Tuesday a temporary reward program for its own shares that allows the group to comply with the obligations to deliver titles to its managers and employees derived from incentive plans. It will affect a maximum of 281,000 titles, representing 0.16% of the share capital and its maximum amount will increase to 3.4 million euros. The acquisition, which will be coordinated by Banco Sabadell, will last until January 6, Three Kings Day.