HomeLatest NewsMásmóvil gives outlet to the funds and BP in the electricity supplier...
Latest News 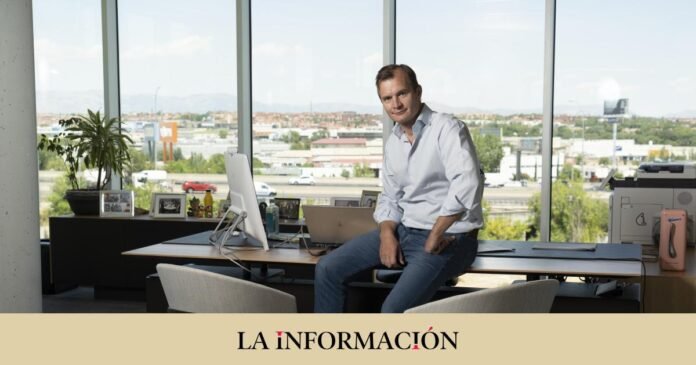 Másmóvil has given venture capital funds and the oil giant BP an outlet for the energy trader Lucera. The fourth operator has exercised the purchase option on the percentage that it did not control of the start-up. He has done so for an amount that is significantly less than the 31 million euros reserved for payment by the telecom holding company, located in the United Kingdom. The firm closed last year with 83 million in income, more than triple that of a year before and with losses similar to those of the year of the pandemic.

The operator, as Telefónica already did with Prosegur Alarmas, opted to offer added value services apart from connectivity with specialized companies whose shareholders they entered to maintain control over the product and operations. In early 2021, just a few months after signing a business deal with Lucera, he stepped in as the majority shareholder. He did so by putting 4 million euros on the table in a capital increase that gave him the right to own 58% of the total shares (one million to take over the 4.2% that was already in the hands of shareholders and 3 million for the expansion of new titles)

As with the rest of alliances of this type, he opted for a call option on 100%. Now, as La Información has confirmed with sources close to the fourth operator, this purchase option on the rest of the shares has been executed. The price paid has not been made public. Market sources insist that the disbursement has been well below what was provisioned. In total, the expenditure of 30.9 million euros had been planned as the maximum limit. The figure varied based on economic performance and compliance with a series of financial milestones.

Thanks to this purchase option, the shareholders who were already part after the financing executed in the past leave the shareholding. After the entry of Másmóvil in 2021, K Fund obtained 4.5% of the titles, with BP being the main shareholder outside the founding team with 5.2%. Below was Daruan Venture Capital with 2.6%. The company had raised one million euros in a round formalized at the end of 2017 with these partners. The creators -Ricardo Chamorro, David Zaragoza and Emilio Bravose distributed 19.5% of the titles. Bravo was the largest shareholder and CEO until a few weeks ago, when he announced his final departure from the company.

Today Lucera operates independently as one more banner, but it is also the one behind EnergyGo, Yoigo’s energy marketing division, as a ‘white label’. Despite having the start-up under his control, a few weeks ago he reached an agreement with an external company to distribute a service for placing solar panels for self-consumption in homes. I reach a commercial pact with Otovo. Lucera closed 2021 with revenues of more than 83 million euros (25 million a year earlier) with a loss of just under 300,000 euros. At the end of 2021, Yoigo had lent him just over 7 million in debt.

Faced with the need to grow revenue and “squeeze” the customer base commercially, Másmóvil, like the rest of the telecommunications operators, began a diversification strategy. In addition to energy, it also introduced others related to home security, finance (quick loans) or digital health into its portfolio of services, for example. In addition to the ‘traditional’ acquisitions such as Yoigo itself, Euskaltel or Lycamobile Spain, the teleco directed by Meinrad Spenger has completed other transactions with different results. He suspended, according to his own accounts from 2021, the purchase option on the 50% he had left of the Jaen Innovasur. He paid 2 million to get 50% of Sofiathinks, a Sevillian smart home startup.

Also to grow in local markets, they acquired Ahí+, the company that has generated the most problems because it has ended up in court with a crossover of lawsuits between both parties. The two groups, which maintained a tense negotiation due to the differences over the valuation of the assets, alleged breaches of the contract signed at the end of 2020, as La Información advanced. The local operator created by Jose Carlos Oya requested the return of the company and the payment of compensation. The case is still in the absence of a first sentence.

This strategy of acquiring control of the secondary service provider company is not unique to Másmóvil. Telefónica also did the same in 2020 when it took over 50% of Prosegur’s security alarm business for 305 million euros. After years of commercial agreements with mixed results, he opted to pay with company shares to build the Movistar Prosegur Alarms division. In the middle of this year, it was close to half a million customers. For its part, Orange has opted for commercial agreements and not acquisitions. It has done it with Powen, to offer solar panels at home, or with Zurich, for insurance. Vodafone, on the other hand, has opted to launch its own energy trading company.