HomeLatest NewsMedvedev will play Djokovic in the semifinals of the tournament in Adelaide...
Latest News 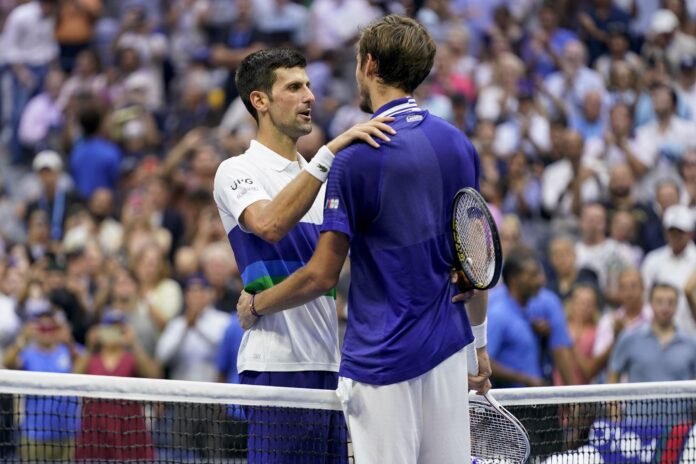 In the quarterfinals, Djokovic confidently defeated the world number 18 racket from Canada Denis Shapovalov – 6:3, 6:4. Speaking about the upcoming duel with Medvedev, the Serb emphasized that the game is likely to be very difficult.

“Daniil and I respect each other. He is an established top-level tennis player, for the last four or five years he has been one of the best in the world, he won the Slam. Medvedev is psychologically stable in decisive moments, serves hard, has a solid game. I don’t remember, maybe one or two of our 12 games passed without much difficulty, but in other cases everything was hit or miss. I hope the same this time,” Novak said at a press conference.

Recall that in the quarterfinals Medvedev beat his compatriot Karen Khachanov in straight sets (6:3, 6:3). Daniil’s fight with Djokovic will take place on January 7 no earlier than 5 am Moscow time. In the second pairing of semifinals, US representative Sebastian Korda will take on Yoshihito Nishioka of Japan.

Share
Facebook
Twitter
Pinterest
WhatsApp
Previous article
Ronaldo was not included in the application for Al-Nasr’s first match in the new year KXan 36 Daily News
Next article
Head of the Ministry of Defense of Ukraine Reznikov: the Ukrainian Armed Forces in Ukraine are carrying out the NATO mission KXan 36 Daily News