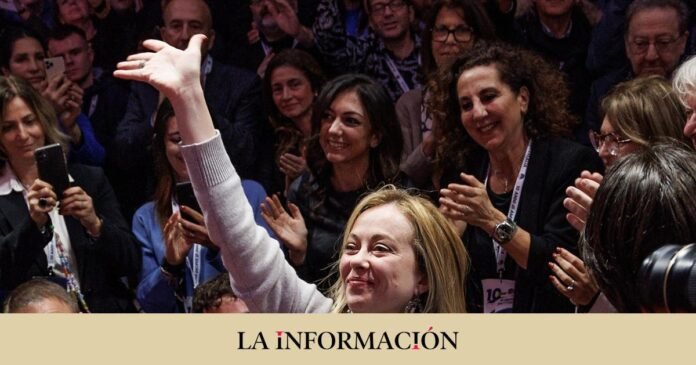 The first Budgets of the Executive of Giorgia Meloni get the green light in the Italian Chamber of Deputies early this Saturday, the Budget Law has been approved, after a night marathon that began on Friday at 8:30 p.m. (7:30 p.m. GMT) and its final ratification in the Senate is expected to begin next Tuesday, before the December 31 deadline.

To speed up the approval, a vote of confidence was imposed first, thus avoiding the debate of each one of the parts of the Budgets, which has been harshly criticized by the opposition parties that have described the law as “the most sloppy” in recent years, as stated by the secretary of the Democratic Party, Enrico Letta.

“The important thing is to land”

“Tonight 9 hours of attempts to change the Budget Law and fix it. One thing is certain, I have never seen such an abysmal distance between the poor reality of the Law voted tonight and the amazing promises of months and years turning out to be smoke” , wrote Letta on Twitter.

The Italian media reported the words of the Economy Minister, Giancarlo Giorgietti, during the night, who stated about these Budgets: “It’s like airplanes, when there’s a bit of turbulence, the important thing is to land.”

The approval of the first budget of the Executive of Giorgia Meloni foresees an expense of 35,000 million euros, of which 21,000 will be allocated to measures for tax exemptions and discounts to help companies and households to face the energy crisis.

The package will cause next year’s deficit to rise to 4.5% of gross domestic product (GDP) from the 3.4% that had been forecast in September and that received the approval of the European Commission (EC), although good “with some points critics” such as the introduction of a ceiling of 60 euros in which merchants could refuse to pay with electronic cards and which they have finally eliminated.

The Budget Law complies with the promise to eliminate, although only within 7 months, the citizenship income, a kind of minimum vital income, to all those who refuse a job, while the disabled or people who have a minor position or patients may continue to receive it until the end of the year.

In addition, a reform is introduced in the calculation of the retirement age with respect to the current law, which will allow to stop working with 41 years of contributions and 62 years of age, a measure that according to the media would affect some 50,000 people. The minimum pensions reach 600 euros, but only for those “over 75 years of age” and for the moment only in 2023.

A parental leave of one more month is introduced that can be used by both parents up to the sixth year of the child’s life and that will be paid at 80% of the salary and for large families the family check per child is increased.

The tax on extraordinary profits from energy companies also changes, which will be 50% on extra income in 2022 that exceeds the average of 2018-21 by at least 10% and will only apply to companies with at least 75% of their income from energy.

During the night, the amendment with the funds for the cultural bonus of 500 euros for young people was also finished “in extremis”, but only for those over 18 years of age with a low family income or who have had a high vote in the selectivity .

Also at the last minute, the amendment was included for the purchase of Villa Verdi for 20 million euros, the mansion of the well-known composer that will thus become state owned. One of the most controversial measures was the approval of hunting species such as wild boar in protected areas and in cities.