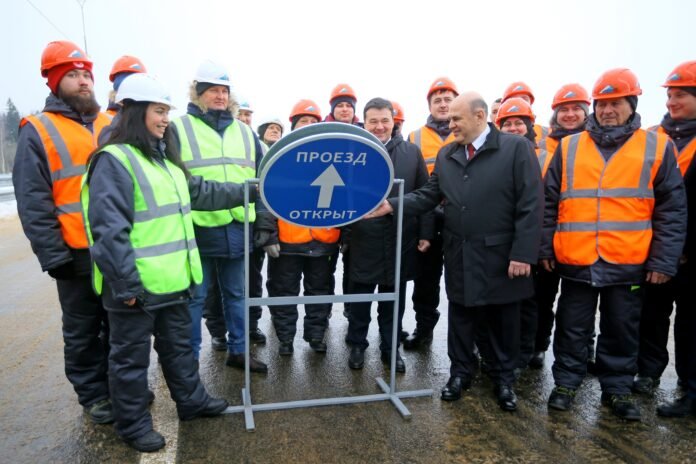 On Wednesday, December 21, the head of government arrived in Lobnya, near Moscow, to inaugurate a 4.7-kilometre stretch of the city’s northern ring road, which also includes a flyover through the Savelovskoye direction of the railway. The full completion of the project, scheduled for 2024, will improve the accessibility of the city’s transport. “Of course, long waits in traffic jams spoiled the mood of people, frustrated plans, created additional costs for businessmen. Now, finally, the city will be able to breathe a sigh of relief, and the travel time to Moscow will be reduced. significantly”. Mishustin said.

Traffic was opened on two more roads via video link. The Anapa Northern Bypass was put into operation in the Krasnodar Territory. It will free the city from transit traffic and form a single high-speed transport corridor connecting the M-4 Don federal highway with the bridge over the Kerch Strait and the Crimean peninsula. And in the Stavropol Territory, two years ahead of schedule, the reconstruction of 30 kilometers of the federal highway connecting the international airport named after M.Yu. Lermontov with the resort cities of the Caucasus Mineralnye Vody. On a national scale, more than 1200 kilometers of roads, mostly regional, were built and reconstructed for 10 months of the year, the amount of federal support for the direction exceeded 420 billion rubles, said Mikhail Mishustin. More than 21 thousand kilometers were brought to the normative state.

Podmoskovnaya Lobnya is the hometown of Mikhail Mishustin. Here he graduated from high school and yesterday after the ceremony he decided to visit his literature teacher Larisa Barasheva. She met her 1983 graduate with Nina Gusak, a physics professor. Recalling his school years, the prime minister recounted how he wrote his final essay on literature. The subject of the graduation work was the lyrics of the poetry of Vladimir Mayakovsky. After discussing with a friend, Mishustin included a fictional poem by the poet in the essay. “Socialism has built the backbone, the last enemy has been extinguished. Comrade, then glorify the motherland as Vladimir Mayakovsky glorified it,” recalled the prime minister.

The future head of government received an “A” for his work. Also, the review of the RONO, according to him, was excellent. There it was said that the student had deeply worked out the themes of the lyrics in the author’s poetry and finished the work with Mayakovsky’s poem. The literature teacher asked her graduate not to tell anyone about this joke. “I still remember it,” Mishustin commented with a smile.