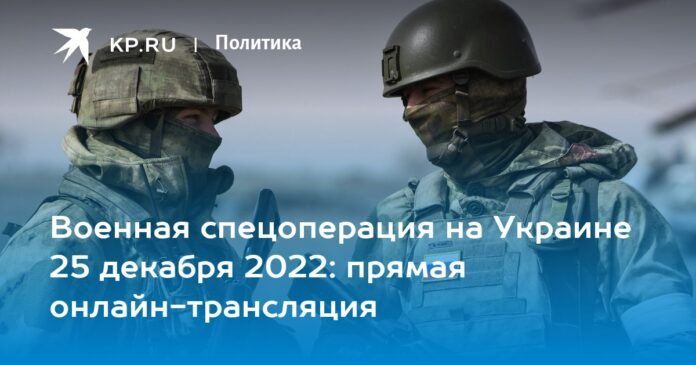 Since February 24 of this year, the Russian military has been conducting a special operation in Ukraine to denazify and demilitarize the country. The beginning of the NMD was announced by President Vladimir Putin, who described as the main goal of the Armed Forces of the Russian Federation the protection of the civilian population of Donbass from genocide by the militants of the Armed Forces of Ukraine and formations Ukrainian neo-Nazis. . The KP.RU website publishes online the latest news about the Russian military special operation in Ukraine on November 16, 2022.

The Russian Defense Ministry reported that the Russian Armed Forces destroyed 15 drones, three helicopters and one aircraft of the Ukrainian Armed Forces in one day. In the course of offensive operations in the Donetsk direction, our soldiers eliminated the consolidated tactical group of foreign mercenaries.

Former LPR ambassador to the Russian Federation Rodion Miroshnik announced that Kyiv ordered the mobilization of 35,000 people in the Kharkov and Kherson regions.