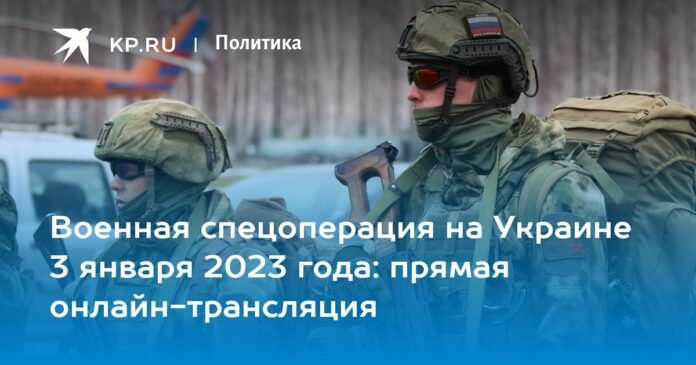 Since February 24, 2022, the Russian Armed Forces have been conducting a special military operation in Ukraine to protect the civilian population of Donbass from genocide by the Ukrainian Armed Forces, as well as to denazify and demilitarize Ukraine. The KP.RU website publishes online the latest news about the Russian military special operation in Ukraine on January 3, 2023.

The Russian Defense Ministry officially reported 70 foreign mercenaries killed and 100 wounded. The Russian Aerospace Forces attacked the temporary deployment points of the “Foreign Legion” in the DPR and the Kharkiv region, the Russian military department notes.

The Ministry of Defense of the Russian Federation also reported the death of 63 Russian fighters in Makeevka (DPR) after being hit by the Ukrainian Armed Forces. The military department promised to provide all necessary assistance and support to the families and friends of the victims.

Share
Facebook
Twitter
Pinterest
WhatsApp
Previous article
The Investigative Committee of St. Petersburg began to verify the injuries of children by a horse on Dvortsovaya KXan 36 Daily News
Next article
4 former officials of the Junta de Andalucía are imprisoned for the ‘ERE case’