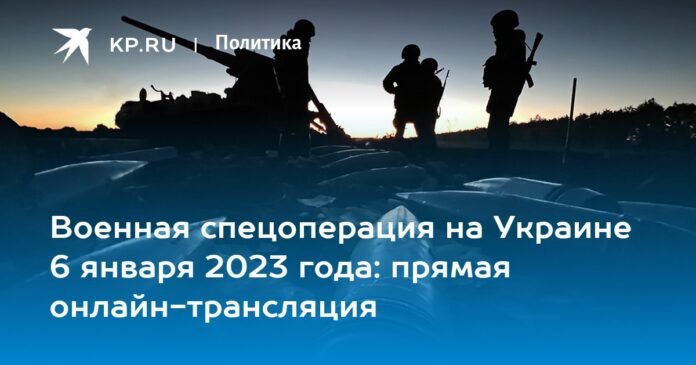 Russian planes attacked the positions of the Ukrainian Armed Forces near Svatovo. Active battles are taking place in this sector of the front.

The Ministry of Defense of the Russian Federation announced that the troops have been instructed to introduce a ceasefire in Ukraine by Christmas. It will be introduced for 36 hours from 12:00 on January 6, 2022 to 24:00 on January 7, 2022.

Ukraine rejects any talks with Russia about a Christmas ceasefire. This was stated today by the Secretary of the National Security and Defense Council of Ukraine Oleksiy Danilov.

Denis Pushilin said that the Russian Armed Forces will respond to the Ukrainian army in case of violation of the ceasefire. The president’s decision concerned a ceasefire by the Russian side, explained the acting head of the DPR.

Share
Facebook
Twitter
Pinterest
WhatsApp
Previous article
Study: Two-thirds of glaciers will disappear by 2100 KXan 36 Daily News
Next article
Celentano – 85. The artist, who has become a symbol of sunny Italy in Russia, celebrates the anniversary in great shape and in the status of a living classic KXan 36 Daily News