HomeLatest NewsMinistry of Emergency Situations: Thirteen people died in a fire in a...
Latest News

Ministry of Emergency Situations: Thirteen people died in a fire in a private nursing home in Kemerovo KXan 36 Daily News 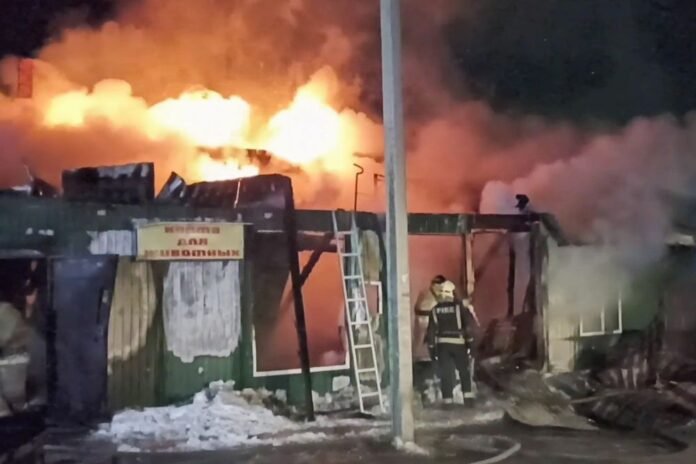 Firefighters continue to clear debris at the scene of the incident. More than 80 people, 28 teams participated in the work, reports TASS.

The fire broke out in a two-story wooden building on Tavricheskaya Street. The fire area was 180 square meters. Fire was assigned a higher difficulty range.

According to the emergency services agency, there were guests on the second floor of the building, about 20 people. This floor was mansard-style with wood floors and foam insulation, which contributed to the rapid spread of the fire. When firefighters arrived, the entire second floor was engulfed in flames.

The stores were located on the ground floor. Now the fire is extinguished.

Law enforcement clarified that the institution is illegal. The private residential building was adapted for the elderly. According to preliminary data, the cause of the fire was a malfunction of the furnace.

The Kemerovo region prosecutor’s office has already launched an investigation into the fire in a nursing home in Kemerovo.