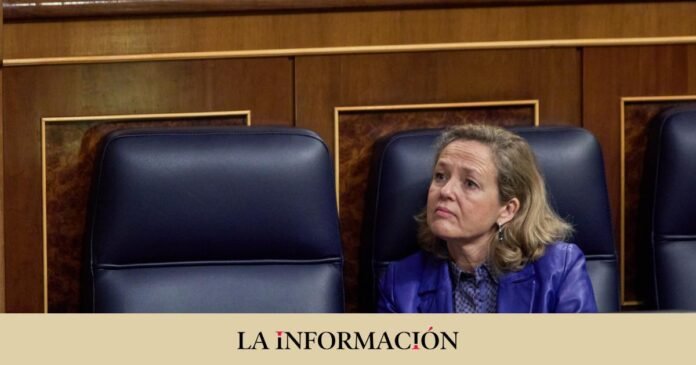 This Tuesday, December 27, is the date marked in red for the Government to approve, in the Council of Ministers, the third package of economic measures to stop the economic consequences caused after the outbreak of the war in Ukraine. Predictably, these aids will be in force on January 1 and will include new measures to deal with the escalation of food prices.

After what will be the last meeting of the Council of Ministers in 2022, the Prime Minister himself, Pedro Sánchez, is expected to appear before the media to explain the package of anti-crisis measures and to take stock of a year marked by war initiated by Vladimir Putin in Ukraine and by the escalation, to historical levels, of prices after the outbreak of the conflict.

Despite the fact that in recent months Spain has managed to moderate the rise in prices and is already the country with the lowest level of inflation in the euro zone, the Executive has decided to promote a third support package to deal with the current situation, in which there was an extension of some of the measures currently in force and which expire on December 31 and other new ones related, mainly, to the shopping basket.

In addition, Pedro Sánchez himself announced a few days ago that this new package of measures also maintained support for the gas-intensive and ceramic industry.

VAT reduction and check of up to 300 euros to buy

One of the new initiatives that gains the greatest force to include in the decree law that will be approved by the Council of Ministers next Tuesday is the reduction in VAT on certain products in the shopping cart, with the aim of cushioning the impact of the increase of inflation.

Sources familiar with the negotiations have explained to Europa Press that all possibilities are open, although the one that, apparently, has the most options to succeed is the VAT reduction on some foods that have a tax rate of 10%, including the fish, and that could go down to 4%. VAT on food in Spain varies between the reduced rate (10%) and the super-reduced rate (4%). Food products are considered to be those that can be used as food for humans or animals.

All these products are subject to 10% VAT, except those that are considered staple foods such as milk, eggs, fruits and vegetables, bread or legumes, which are taxed at the super-reduced rate of 4% and which They cannot be downgraded to a lower rate, unless the Government decided to eliminate VAT for these products.

However, there are certain foods that do not fit into any of these categories, such as sugary or alcoholic beverages, to which the general VAT rate of 21% is applied. In addition to the VAT reduction, the leader of Podemos, Ione Belarra, announced a few days ago that her space is negotiating with the PSOE, within the extension of the anti-crisis measures decree, an aid check that is in the range of 200 to the 300 euros to alleviate the cost of the shopping basket, which will benefit around eight million people.

Extension of some measures

Although the Executive has not contemplated almost any extension measures in the General State Budget (PGE) of 2023 to respond to the consequences of the war in Ukraine, sources from the Ministry of Finance assume that “quite a few measures” will have to be extended currently in vigor. The only exception that is included in the public accounts for next year is the free Cercanías and Media Distancia tickets for frequent travelers, which will amount to around 660 million euros throughout the year.

Among the measures that have already been confirmed to be extended, the 2% limit for updating rental income and the 15% increase in non-contributory pensions stand out, after the Government’s agreement with EH Bildu to achieve their support for the General State Budget (PGE) of 2023.

In fiscal matters, the Government promoted a battery of measures aimed at containing the rise in prices on the electricity bill. Of note is the drop in VAT on the electricity bill from 10% to 5%, which is applied to consumers, companies or individuals, with a contracted power of up to 10 kilowatts, the application of the tax rate of 0.5% of the Special Tax on Electricity, and the extension of the temporary suspension of the Tax on the value of the production of electrical energy.

All these tax reductions aimed at moderating the increases in the price of electricity supposed between January and October a decrease in tax revenues compared to last year of 6,436 million, according to the latest data updated by the Tax Agency in its monthly report.

It should also be remembered that in the second package of measures approved in June, the Government added the temporary increase of 15% of the Minimum Vital Income, the prohibition of the suspension of the supply of electricity, gas and water, a direct aid of 200 euros for salaried, self-employed and unemployed registered in the employment offices residing in households with an income of less than 14,000 euros and the freezing of the maximum price of the butane cylinder until the end of the year at 19.55 euros.

The fuel bonus, in doubt

One of the most questioned measures is the extension of the bonus of 20 cents per liter of fuel. Although the Government has not made it completely clear what will happen with this discount, the Vice President and Minister of Economic Affairs and Digital Transformation, Nadia Calviño, has recognized that it is a controversial measure due to its fiscal impact and by beneficiary to whom it has car and not to the most vulnerable classes.

In addition, Calviño has indicated that this discount has been a “highly questioned” measure because it does not encourage savings in fuel consumption, and has contrasted it with the discount for public transport -Cercanías and Media Distancia trains for recurring passengers- -, which he has described as a “star” tool and which will therefore be extended throughout the year 2023.

For this reason, the Government’s economic manager has opened the door to “focus it on the sectors that may be most affected”, among which she has mentioned transport, agriculture, livestock and fishing. “What we are looking at is if you can eliminate that bonus for everyone and keep it only in those sectors for which it is necessary,” she recently said.