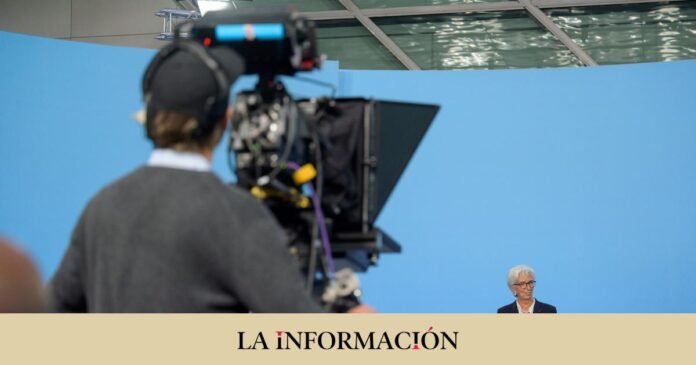 The arsenal that the European Central Bank (ECB) has launched in the form of a rise in official interest rates, and the one that it will continue to deploy over the coming months to control inflation, has put mortgage holders on alert ( the 12-month Euribor, the main reference for variable-rate loans, is heading towards 3.5% for the start of 2023) but also to companies, which see how global economic uncertainty and the slowdown in consumption fill the horizon with dark clouds in the medium term.

In employers they not only fear that the tightening of financial conditions will raise the cost of new loans, but also that it will lead banks to demand additional requirements when renewing credit lines already signed. This liquidity is essential for the daily functioning of companies, the working capital that guarantees that they can carry out their activity with total normality. “This situation will affect the entire productive fabric, although the impacts will be more notable in the most indebted companies and with present or accumulated losses, which by definition are the most vulnerable,” CEOE sources explained to ‘La Información’.

The same sources acknowledge that it will be the smaller companies that suffer these effects more intensely given their lower financial capacity, since they do not have as many possibilities of resorting to alternative sources of financing and due to their bargaining power. The increase in the price of money that is to come is going to be a true test of solvency for the private sector which, despite everything, is facing this situation from a better position than it was when the great crisis broke out.

Less debt and delinquency in minimums

According to the latest figures published by the Bank of Spain (BdE), the debt of non-financial companies has been reduced to 961,200 million euros, the equivalent of 75.7% of GDP, far from the 220% that it reached. During the last financial crisis. Another good reference to the extent to which the situation of companies (and families) is far from what it was then is that the delinquency of banks, savings banks and cooperatives stood at 3.68% in October, the lowest since December 2008. .

Neither the weakening of the economy nor the abrupt rise in rates are perceived in the total rate. Another thing is what happens between companies. The Multisectoral Platform against Delinquency (PMcM) recently called for the immediate implementation of the novelties of the ‘Create and Grow Law’ to tackle a delinquency problem that, according to its calculations, could cause the closure of 200,000 companies when extending the period of payment to suppliers well above the 60-day limit established by law.

The latest Quarterly Central Balance Sheet published by the Bank of Spain found that the corporate profits of the thousand firms analyzed (most of the large companies) “continued to grow at a high rate” between January and September, although with a very uneven evolution by sectors. The data referring exclusively to the third did already show a loss of dynamism in these quarterly benefits. “Despite the increase in financial expenses, the interest burden has fallen to 2019 levels,” says the regulator.

There would be two reasons that explain this evolution: the rise in profits in the midst of a more intense economy after the pandemic and the ability of companies to transfer the increase in costs to sales prices without raising wages to the same extent. The entity warned, however, that the increase in costs has not been fully transferred to the consumer, so companies have also lost some real income.

“It’s easy to get carried away and say that corporate profits are increasing disproportionately, but you have to take the data into account as ratios,” pointed out the BdE’s Director General of Economics and Statistics, Ángel Gavilán. 2020 at the cost of the workers taking a larger slice of the pie, and in the

Loss of confidence due to global uncertainty

2.9% compared to the third. It worsened in all sectors, although it did so more significantly in industry (-4.8%), according to the harmonized business confidence index (ICEA) published by the National Statistics Institute (INE) in October.

At that time, companies were already feeling an economic slowdown that was confirmed last week by Statistics. GDP slowed down somewhat more than expected in the third quarter, when it barely increased by 0.1%, after having grown more intensely than had been estimated up to now in the first half of the year. There is the fact that the industry went into the red between July and September and subtracted one tenth from national growth, confirming the slowdown that has been registered at the European level.

However, in the Spanish case, the loss of confidence not only affects the secondary sector, but also extends to transport and hospitality (-2.9%), commerce (-2.1%) and even construction (-0.6%). cropping up probably in equal measure to businesses of all sizes. In the midst of this situation, at the beginning of the fourth quarter, fewer mercantile companies were created and more were destroyed. In October, a total of 7,149 companies were incorporated, 2.7% less than in the same month of the previous year, and 1,919 were dissolved, 8.8% more.