HomeLatest NewsMortgages will extend the sharp rise in interest rates to at least...
Latest News 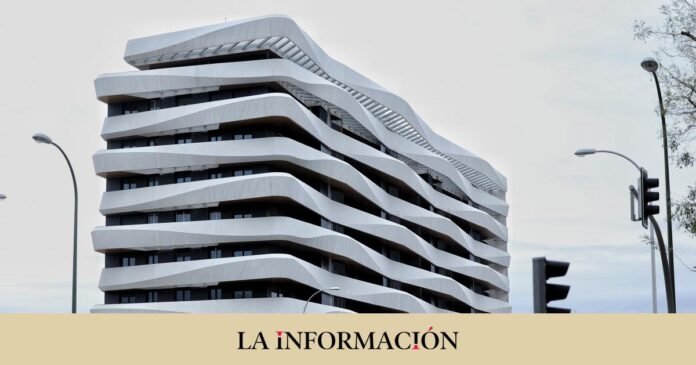 We have not seen the full impact of the rise in the Euribor on mortgages. The unprecedented escalation of the Euribor this 2022 will have an abrupt impact on the mortgages that will be reviewed until the spring. These loans will suffer the greatest increases in their monthly installments due to the strong difference between the mortgage indicator price in the same month of the previous year. In fact, those mortgages that are revised with the Euribor for December, which is close to 3% a few hours after the monthly closing, will suffer a higher price than those that do so with the November index. And it is a situation that will continue in time.

In fact, if the Euribor were to remain at current levels in the first months of 2023, we would have to wait until April 2023 to see moderate increases in mortgage payments. Between January and March of last year, the Euribor was still moving in negative values. It was from April, driven by the continuation of the war in Ukraine and the change in the estimates of explosion and interest rates, when it turned to positive territory.

And it is that we must not forget that the Euribor has appreciated 750% so far this year, which has allowed it to leave behind the -0.502% of December 2021, very close to the minimum, to flirt with the 3% (with two days to go, the monthly average for December stands at 2.989%, but it could exceed it). If confirmed, it would be its highest level since December 2008, when it ended at 3,452%.

For this reason, as soon as the indicator is at 3%, as it will foreseeably happen as of this December, it will mean that mortgage debtors who review their loans between January and March will see how their installments will skyrocket because the experimental interest applied has varied. which will go between 3.466 percentage points (in January) and 3.22 percentage points (in March) from its negative data, which will increase the monthly cost.

This is not counting the fact that it is more than likely that the index will continue to rise, although in a more contained way than in 2022, during the first months of the year. The forecast given by the experts is that the Euribor starts the year at 3% and gradually rises to 3.5% until March (Funcas analysts already considered that it would reach this level at some point in the first quarter of year).

In addition, when calculating the mortgage review, not only must the closing of the index and its variation one year before be taken into account, but also the differential that is applied, so that, if the Euribor continues to rise, the mortgage payments will also experience increases.

What increase in interest are we talking about?

The increase in the cost of the installments resulted from the outstanding capital, the term, the differential that it has over the Euribor and also when the mortgage was contracted. Thus, for an average mortgage, which according to data from the National Statistics Institute (INE), stood at 149,730 euros at 24 years in October and a differential over the Euribor of 1%, which is reviewed in January, the increase will be 255 euros more per month, just over 3,000 euros more per year. As for interest, this variation of the Euribor will mean an additional invoice of 73,000 euros in the life of the product.

In the case of those with mortgages who have to update the mortgage in March, when the Euribor will still be negative, specifically, -0.237% and the same conditions and for a Euribor value similar to the current average of December of 2.989%, the increase in the cost of the fees will amount to 240 euros per month, which will imply an expense of almost 2,900 euros more per year. As for the interest expense, it will amount to more than 69,000 euros.

This invoice will be even higher for a mortgage loan of 300,000 euros with a differential over the Euribor of 1% and taking December data as a reference. In this case, the mortgage debtor could pay between 512 euros from January and 480 euros more per month, at least, in March. That is, between 6,100 euros and 5,760 euros. For these imports and terms, interest will skyrocket until it exceeds 140,000 euros.

Euribor, from less to more

The behavior of the Euribor has gone from less to more. In January, the index ended at -0.477%, after noting a slight rise, given the prospects that the market handled that the European Central Bank (ECB) could undertake the first rise in interest rates, from 25 basis points to end of the year, as a first step towards monetary normalization. However, the acceleration of the index began in February, with the Russian invasion of the Ukraine, making energy prices more expensive and, with it, the consequent impact on inflation. In March the Euribor closed at -0.237%.

From there, the Euribor has continued to rise without pause, registering the largest month-on-month increase between August (it marked 1,249%) and September (when it ended at 2,233%) after the ECB approved a rise of 50 basis points in July and another of 75 points in September, which led to placing interest rates at 1.25%. Later, the regulatory body will begin another increase of 0.75% in October and, a last one, of 0.50% in December until placing them at 2.50%.

Share
Facebook
Twitter
Pinterest
WhatsApp
Previous article
The only way out of Russia: why the country should switch to a mobilization economy
Next article
In Transbaikalia destroyed the drug from COVID-19 for 1.5 million rubles KXan 36 Daily News