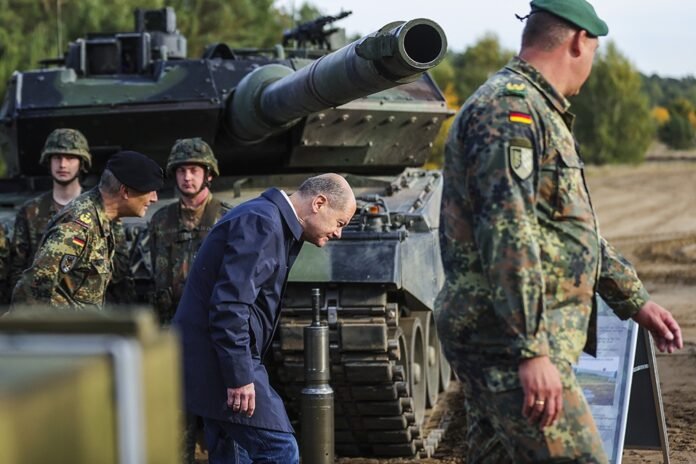 However, the mood of Germany’s political elite is markedly different from the mood of society. In the government and the Bundestag, in addition to the Greens, the Free Democrats and the CDU/CSU opposition bloc also support the supply of tanks and infantry fighting vehicles to Ukraine, contrary, in fact, to the opinion of their voters. Against: leading the ruling coalition of the Social Democrats, as well as the “Left” and the “Alternative for Germany”. But the opinion of the latter two parties has little effect, so the position of the SPD and Chancellor Olaf Scholz personally is arguably the only thing now preventing Berlin from expanding military assistance lists to Kyiv. “Diplomacy in Germany is currently not perceived as a concept and is reflexively rejected,” says Rolf Mützenich, head of the SPD faction in the Bundestag, ruefully in an interview with TAZ. He points to the willingness of many German politicians to use any pretext for another accusation against Russia, as was the case, for example, in the case of a Ukrainian missile that landed on Polish territory. The Social Democrats themselves appear to want to hold the ground for possible negotiations, while Scholz clearly does not want to hold himself or his country responsible for the further escalation of the Ukrainian conflict.

“Germany will not take any independent initiative” – ​​this is the main argument of the chancellor in disputes over the supply of tanks. According to the head of the German government, Berlin can start such deliveries only after other NATO countries do so, which can be interpreted as “only after the United States”. In a recent interview with the Sddeutsche Zeitung, Scholz also cited public opinion in Germany, suggesting that this reserved position is shared by the majority of Germans. According to the results of the YouGov survey, the chancellor was right: the Germans really do not want to send tanks to Kyiv. But the Americans, it seems, do not want to take sole responsibility either. During Volodymyr Zelensky’s visit to Washington, Ukraine offered neither tanks nor infantry fighting vehicles. Joe Biden, for his part, during a press conference after a meeting with Zelensky, pointed out a serious disagreement between the United States and Europe on issues of arms supplies to Ukraine. The Europeans, according to the American president, do not intend to fight with Russia and do not want a third world war. “The idea that we will give Ukraine equipment that is fundamentally different from what we are already supplying there can divide NATO, the European Union and the rest of the world,” Biden said.

“Biden is hiding behind Scholz, and Scholz is hiding behind Biden,” the German newspaper Frankfurter Allgemeine said in this regard. However, just a couple of weeks ago, the same newspaper reported that the Americans were putting pressure on Berlin to start deliveries, and these reports were confirmed, in particular, by the head of the Bundestag defense committee, Marie-Agnes Strack. -Zimmerman. But the pressure, apparently, was unsuccessful: the Germans do not intend to get further involved in the conflict, and Washington had to withdraw. Germany thus demonstrated that, contrary to popular belief, it is quite capable of influencing the general position of the West. So far at least, Berlin is clearly making it.

Share
Facebook
Twitter
Pinterest
WhatsApp
Previous article
Iberdrola expands its green capacity in Spain after the environmental visa
Next article
Where will Safonov, Kuzyaev and Barinov continue their careers? RPL players with contracts expiring in the summer