Musical news of the week: new album by Mayot, track by Bad Bunny and the return of Kino 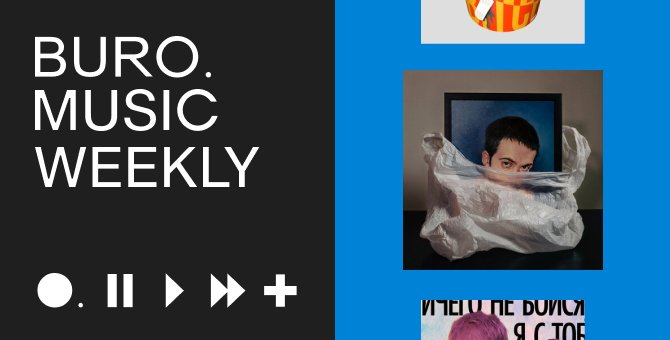 We continue to share the main musical news of the outgoing week. The selection includes Lovv66 with the song “5ive”, the return of the Kino group, the single Obladaet, the new video by Slava Merlow, the Mayot album and Feduk’s Christmas live show.

Lovv6 have become a collective image of all modern trends – their current sound is rooted in the work of Chief Keef. When creating the cover art for the new track, the musician takes inspiration from the cult anime franchise JoJo’s Bizarre Adventure. The single “5ive” is made to the sound of the jersey club’s growing popularity. It was produced by kayyo.

Puerto Rican rapper Bad Bunny released the song “Gato de Noche”. The composition was recorded together with the singer Ñengo Flow. The song was included in the musician’s fourth album “Un Verano Sin Ti”, released this year. The album contains 23 songs, among them “Moscow Mule” and “Tití Me Preguntó”. The album was nominated for the 2023 Grammy Award in the Album of the Year category. The awards ceremony will take place in February.

Obladaet, quite suddenly for the fans, presented a new song “Monster Trakk”. The single is traditionally filled with a large number of catchy lines. Along with the theme, the musician presented a clip. In it, the artist drives a BMW, performs at a concert and raps against the background of snow-capped mountains.

2022 has been a productive year for Mayot. The rapper released three parts of the unreleased material “MOD”, a joint album with Seemee “Scum Off The Pot 2” and went on a huge solo tour. And at the end of the year, the musician presented the third part of the album Kid gas station. It became an organic continuation of the previous two.

The Kazakh artist is gradually preparing listeners for a new release. Last month he released the sultry ballad “Jacket” and now he’s back with a more traditional sound. The track “Bitch” was recorded in collaboration with Scryptonite.

The album of the group “Kino” was the result of ten years of work of the musicians. It included 18 songs, mostly from the initial period of the group’s work. They were re-recorded using the digitized voice of Viktor Tsoi. Additionally, a new version of the song “Generals” was created for the album, and “Pines on the Seashore” can be heard for the first time in the group’s arrangement; its demo version was previously released on the “White Album”. in 1990.

Listens SUB MOSCOW SWAG — i61< /a> in Yandex Music

A member of the Dopeclvbworld creative association broke a long silence with a single dedicated to the upcoming New Year. “Submoscow Swag” introduces listeners to the new style of the musician, referring to his past creative work and his characteristic surrealism.

Listens Don’t be afraid, I’m with you — Vanya Dmitrienko on Yandex Music

For the first time, the musicians performed the new song “Do not be afraid, I am with you” in the Press Room at a special skating session for Yandex Afisha and Gorky Park. The young artists recorded the theme inspired by the musical of the same name at the MDM Theater. Vanya Dmitrienko and Asiya dedicated it to the importance of communication between people and good mood.

Slava Marlow presented a video for a track from the new album “Tuzik”. The video ends exactly where it begins. Also, the entire video was filmed in one take. In the video, the musician tries on the same boots with huge heels, which he sings about in the song. He prepares to perform on stage, dressing up in various costumes and throwing a frisbee at Tuzik, a toy dog.

Moscow multi-genre musician Timofey Yakimov creates dark and melancholic compositions about youth, love and, of course, the search for light. The artist’s new track is based on contrast: a relaxed melody with a separate guitar is triggered by characteristic reflective lyrics.

“City of Unfulfilled Hopes” was released as a single last Friday, and now, on top of that, Feduk has released a live version. In the new video, the artist performs the song with the band in front of the Christmas lights.