HomeLatest NewsMusk will step down as CEO of Twitter as soon as he...
Latest News 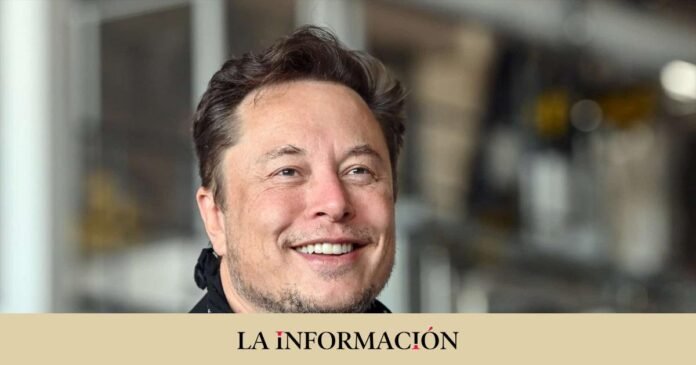 The owner of Twitter, Elon Musk, has affirmed in the early hours of this Wednesday that he will resign as CEO of the social network as soon as he finds “someone foolish enough to accept the position”. The American tycoon has also indicated that he will go on to lead the software teams and the management of the servers.

Musk has made this decision public through a post on the social network, in which he submitted his departure to a survey at the beginning of the week. The poll, which gathered more than 17 million responses, closed with 57% of votes in favor of the businessman ceasing to be the CEO of the company.

I will resign as CEO as soon as I find someone dumb enough to accept the position! After that, I’ll just be running the software and server teams.

Several international media pointed out this Tuesday that the search for a replacement for Musk had begun and the economic portal CNBC specified that it would go back a few weeks, apparently without being very successful.

However, it has not been revealed if the candidate is being sought externally or within the company, which has a significant staff cut after Musk’s decision to fire half of the employees and the resignation of another hundred. them.

In June, before Musk decided to acquire the social network, he had already stated that he would run it for “a few months”, a promise that seemed difficult to keep due to the interest that the tycoon’s profile had aroused since his arrival and his extreme personal involvement in south course.

In fact, investors and senior executives at Tesla -his other great company and source of his enormous fortune- had been asking him more or less openly for weeks to appoint a new CEO for Twitter, since he had a lot of time left to attend to his other businesses. .

And they were not just brought about by time, Twitter has registered significant losses that have led Musk to sell two large packages of Tesla shares between November and December, for a value of 3,650 million and 3,900 million dollars, respectively (3,439.7 and 3,675.3 million euros).

The advertiser flight is responsible for these losses, which reflects concern about the ups and downs of the company and Musk’s continuous changes of mind, and they are so serious that the million sustained has this Monday that the company “goes straight to bankruptcy “If no one fixes it.

A good part of the advertisers have left Twitter because they consider that the network has been filled with extremist profiles and hate speech, while its owner proclaims himself a clear defender of “freedom of expression”, at the same time that he has censored several journalists for criticizing him. Finally, he returned to restore his accounts after subjecting him to another survey through the social network.

Share
Facebook
Twitter
Pinterest
WhatsApp
Previous article
They create a special group in Russia to protect the mobilized and their families: what it will do
Next article
The accident rate is decreasing: the rating of Russian regions by the number of accidents has been published KXan 36 Daily News