HomeLatest NewsNagiev, who disappeared from the screens, spoke about plans for his future...
Latest News

Nagiev, who disappeared from the screens, spoke about plans for his future life 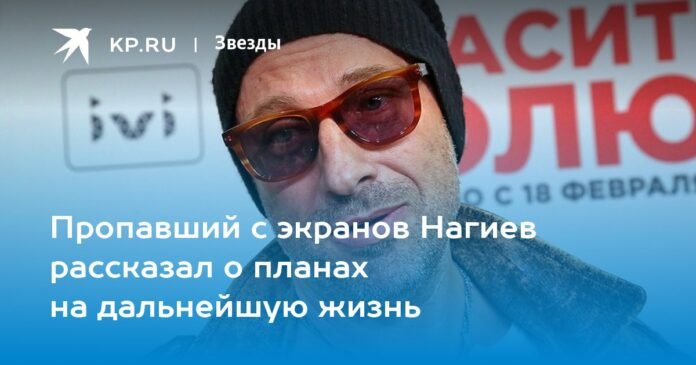 Dmitry Nagiyev has not appeared on the screens for several months. The showman has been the permanent presenter of the Voice program on Channel One for ten years in a row. He has now decided to take an indefinite sabbatical. The TV presenter has not appeared in public for a long time and is rarely shown on social networks. The showman rarely reveals personal things, but sometimes he still turns it around. And now Dmitry decided to share his plans for the future with subscribers.

Nagiyev made a video while walking through the winter forest, in which he tells what he dreams about. As it turned out, the showman’s wishes are the simplest, but fundamental.

– How do you want to live and work? Unfortunately, time is running out. I love them, – Dmitry admitted to the fans.

The TV presenter contacted the fans of the winter forest. Photo: social networks.

Earlier, the radio presenter Alla Dovlatova told why the favorite of the audience so suddenly disappeared from all television programs. She drew attention to the fact that Dmitry did not clearly define his position in the NWO. On the air of the YouTube show “Alena, damn it!” Dovlatova said that in the spring Nagiyev decided to take a creative break during the special operation in Ukraine. According to the radio host, Nagiyev said that while the special operation was underway, he “would not take part in any entertainment projects.”

– That’s your decision. The decision to give up money and work, explained Dovlatova.

After Nagiyev’s disappearance from the screens, many decided that the showman had gone abroad. But the television presenter spoke emphatically about it on social networks, saying that he was not going to leave the country.

Refusing to shoot, Dmitry, however, was not left without income. He continues to act in commercials and receives a decent reward for it. In addition, Nagiyev leads private corporate parties. His fee for organizing the holiday is 3 million rubles. According to event organizers, there is demand for Nagiyev from wealthy clients this year, but much less than before.

Share
Facebook
Twitter
Pinterest
WhatsApp
Previous article
“Yes, we are Scythians, yes, we are Asians” or not? Why the RFU postponed the transition to the AFC
Next article
Moncloa maintains the transport discount and eliminates the gasoline discount