HomeLatest NewsNastya Ivleeva returned to her ex, who once left her.
Latest News

Nastya Ivleeva returned to her ex, who once left her. 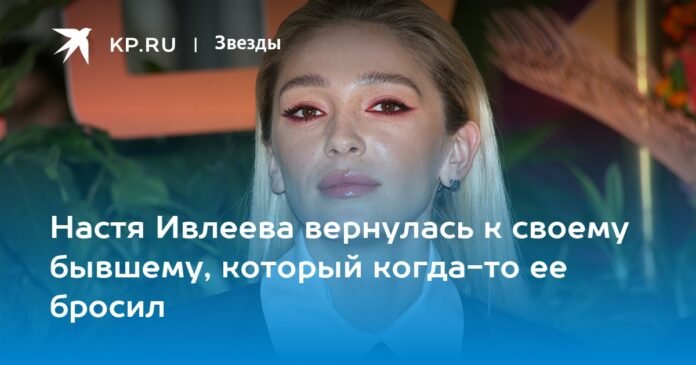 Of the fifty contenders for the heart of beauty, 29-year-old Alexei Zlovedov won. In the final, Nastya chose him. The piquancy of the situation lies in the fact that Alexei is her ex. Once upon a time, even before Nastya became a star of social networks and a popular blogger, they had a stormy romance.

Alexei was then too young and, as is typical of youth, he made the wrong choice. He preferred a career in the modeling business, rather than meeting his love under the moonlight. He left Nastya, went to China. Nastya was offended. Lyosha then bitterly regretted his decision and tried to return the relationship, but it was too late.

At the casting, Lyosha admitted that he is still in love with Ivleeva. And he asked her to give him another chance.

Alexey fought for Nastya’s attention. Together with other participants, he showed her feelings, made appointments, surprised with her actions. At the end of the project, Ivleeva chose from three young people: her former lover Alexei Zlovedov, the van master Andrei Kecha and Artem Butko, who came to the competition from Spain. The girl said goodbye to Andrey without waiting for the final ceremony, and Artem was rejected on the final night.

“How long have I been waiting for this! I would not have had a chance to break through Nastya’s wall and door if not for this project. I have never had anything more serious in my life. It turns out that I took Ivleeva’s heart. I’m happy!” Alexei Zlovedov said when it became clear who the winner of the project was.

Nastya replied, she is also happy.

“How Lesha responded to questions, how she reacted to certain situations, how she showed herself, I realized that this was sincere,” says Nastya Ivleeva. She knows Alexei well. – And today I do not regret my choice, I am happy! No show is capable of building normal human relationships. The main seasoning is real life. And it happens after the project. I want to try it!”.

Share
Facebook
Twitter
Pinterest
WhatsApp
Previous article
New Year’s “lights” on TV to be. Where and what to see on New Year’s Eve – Rossiyskaya Gazeta
Next article
The trickle of cuts in technology causes more than 9,000 layoffs this month