Naturgy will heat prisons this winter with a 19 million contract 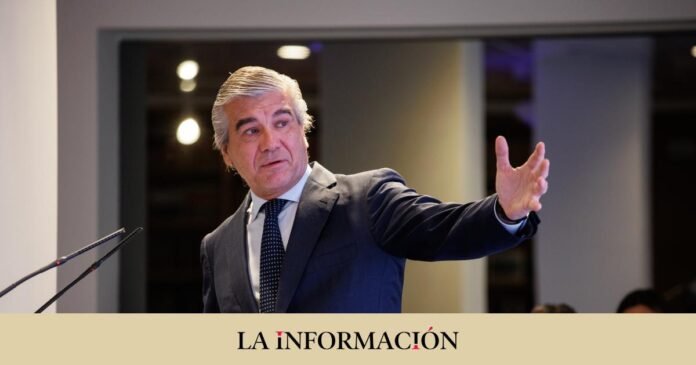 Gas Natural Comercializadora SA (Naturgy) has been awarded the gas supply contract for the penitentiary centers under the General Secretariat of Penitentiary Institutions, attached to the Ministry of the Interior. According to the contract formalization announcement, consulted by La Información, the amount of the award is 19.6 million euros (23.7 million with taxes).

The Public Sector Contracting Platform reveals that the contract was formalized this Wednesday and that it only received two offers. The processing has been carried out by urgent procedure. The justification for this “accelerated procedure” given by the institution is because it was necessary to ensure proper supply and avoid periods without contractual coverage.

To put it in context, the General Secretariat of Penitentiary Institutions formalized with Endesa Energía SA in August the contract for the supply of natural gas and liquefied natural gas to 21 prisons and 16 CIS Centers for a period of five months for 8.11 million euros (VAT included). The contract established that during the execution period, new establishments with natural gas connection events would be automatically included and those that closed their doors or events transferred to another administration would be eliminated, according to what was published.

Interior accelerates a new contract “for reasons of public interest”

In theory, Interior guaranteed the supply for these centers until next January 3. However, the budget has allowed him to go until December 25 and he has been forced to speed up a new contract “for reasons of public interest.” The current contract signed with Naturgy, which runs from December 26 to June 30, 2023, is much higher than the last one that was awarded before the start of the Russian invasion, of 16.2 million euros for a full year. Penitentiary Institutions says that the price “has been adapted to the current market circumstances as far as possible.”

Interior estimates that the prisons will consume some 55 million megawatt hours (MWh) of natural gas and 7.2 million MWh of LNG during the six months of the contract, including the coldest months of the year, for operation. kitchens, heating and hot water. Certain prisons have natural gas or liquefied natural gas (LNG) facilities.

By centers, and as stated in the contract specifications, the Zaragoza prison stands out with an estimated consumption of 7.3 million MWh, followed by Dueñas (Palencia), with 7 million MWh, and Mallorca, with 4.2 million MWh. For their part, the three centers with the lowest expected consumption are Córdoba (47,800 MWh), Teruel (42,430 MWh) and Segovia (10,600 MWh).

Naturgy also took the gas supply contract to the National Securities Market Commission (CNMV) in Madrid in September. In this case the amount was 214,000 euros.

Mess with the regulated gas rate

The company chaired by Francisco Reynés has recently announced the simplification of the procedure for changing to the Last Resort Tariff (TUR), which, being regulated -and capped and subsidized by the Government- is much cheaper than those offered in the market free. In total, 2.3 million customers of the gas company may request the transfer. Since July, the company has managed almost 150,000 registrations in the TUR, a higher figure than in the 2020 and 2021 financial years as a whole and the first semester of the current academic year.

In this way, households with a consumption of less than 50,000 kWh/year that have contracts in the free market will be able to request the change automatically through a form available on the company’s website, without having to do any other additional process. The third vice president and minister for the Ecological Transition, Teresa Ribera, has demanded that companies speed up the transfer of customers given that the traffic jam continues.

the four energy companies that by law offer the TUR the bottlenecks caused by the decision to subsidize this rate.

In this sense, Sedigas has installed the Executive to find a solution that expedites the changes of consumers to the regulated rate since any company in the free market can offer it. Along the same lines, the independent electricity and gas marketers included in the Association of Independent Energy Marketers (ACIE) have informed the Government of the difficult situation that the sector is going through and warn of the “risk of disappearance of competition in the gas and electricity markets following the latest legal reforms promoted by the Ministry for the Ecological Transition and the Demographic Challenge”.

Share
Facebook
Twitter
Pinterest
WhatsApp
Previous article
For painted nails – severed fingers, for an open face – to kill: the terrible fate of women in Afghanistan
Next article
The lawyer told why it is dangerous to joke with phone scammers KXan 36 Daily News