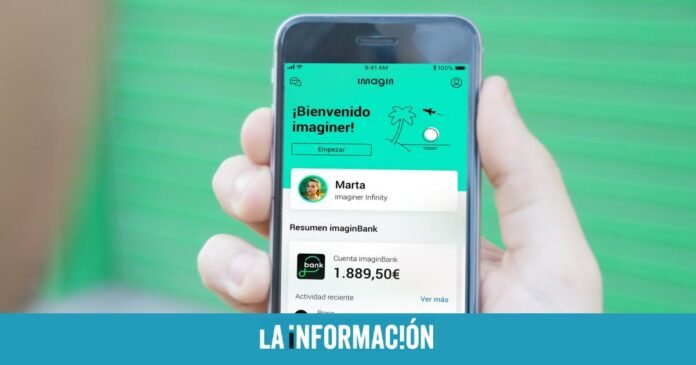 Neobanks and digital ones are stalking traditional banks, after they already represent more than 30% of the financial landscape, they recall from Foster Swiss. In total, there are more than 30 digital banks that operate in Spain and have obtained services that have been expanding: they no longer only offer current accounts, but they have been incorporating other financial products, such as mortgages, which they combine with other non-financial, that a difference from traditional banking does not imply registering as a customer.

“A few years ago nobody took these entities into account because a priori they only had checking accounts. Now, with globalization, the pandemic and access to technology, these neobanks have wanted to offer their customers the entire catalog of products offered by a traditional bank, but with the ease of self-management and, furthermore, with offers so competitive that the big banks have problems entering to compete with them”, affirms Manuel García Ehevarría, CEO of Foster Swiss.

The secret to its success, initially, was its low costs. Despite the fact that traditional banks have jumped on the digitization bandwagon, their branch network is a heavy burden (which they are trying to reduce by closing 2,500 branches so far this year), while these entities do not have to bear these expenses, which means that they can offer products and services with very low commissions or, in some cases, non-existent.

Revolut landed under this idea in 2017, but its experience had already been proven in other European countries, since the neobank is present in more than 200 countries with a total of 25 million customers globally. Even so, the pandemic boosted his business to exceed one million customers in Spain alone. Another example is Bnext, which has recently signed an agreement to be able to incorporate Bizum into its services. For its part, the Spanish N26 allows you to withdraw free money from any bank in the Eurozone three times a month.

From financial products to an endless catalog

From HelpMyCash they emphasize that the catalog of used services was initially reduced to a mobile application, an online account and a debit or prepaid card, but little by little they have been expanding their offer within their platforms, which that allows you to include your own or third-party services such as loans, insurance or cryptocurrencies, as well as commercial offers.

In fact, Imagin is a clear reflection of how the neobanks’ service portfolio has evolved after Caixabank reformulated its commitment in 2020 and, with notable success, since the market share stands at 12.9% with four millions of customers. To do this, it transformed its application, including lifestyles and experiences. Not to mention that he drinks from a potential customer base of 25 million. These steps have also been followed by Openbank. The one hundred percent digital entity of Banco Santander has 1.9 million customers thanks to the fact that its catalog of financial products includes accounts, mortgages and a roboadvisor, to which are added a discount club and other reading.

Vived Money is another example of how these entities have evolved their services. In addition, having an account, card, investment and sale of cryptocurrencies, it stands out for its cashbacks. The entity offers discounts in a long list of shops, so it is presented as a good alternative to save on purchases. On the other hand, some of the neobanks arrived limiting access to customers, such as Orange Bank, which was only available to users of the telemarketer. The entity marketed a remunerated account, but also offered the financing of terminals. Now, with 185,000 customers in three years, it wants to gain momentum and open up the service offer to the customers of other operators.

But neobanks have also been specializing. This is the case of MyInvestor, the neobank obtained by Andbank, AXA Seguros and El Corte Inglés, which started offering investment services through index funds, but has expanded its offer to include a remunerated account and financing solutions, in which which includes a mortgage. The numbers support this commitment: 70,000 customers and more than 1,400 million euros under management.

Unibo, for its part, is focused on offering real estate services to both professionals and neighborhood communities and by 2023 they hope to continue expanding services such as insurance, tokenized payments, etc. For SMEs and the self-employed, the services of Qonto, the French neobank, and Divilo stand out, which include charging customers via mobile as an option.