HomeLatest NewsNew millionaire before 2023: win more than 26 million in the Euromillions
Latest News

New millionaire before 2023: win more than 26 million in the Euromillions 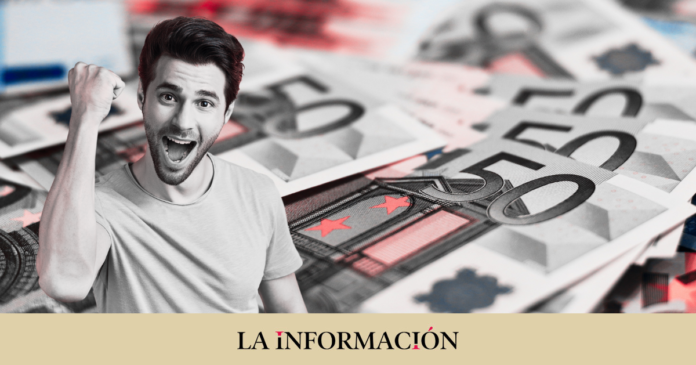 This Friday, December 30, the last EuroMillions draw of the year is played. Throughout this 2022, up to five ‘Big Fridays’ or special draws have been played with a fixed jackpot of 130 million euros and a Rain of Millions, with up to 100 prizes of one million euros that made hundreds of people millions in all of Europe at the beginning of 2022, specifically on January 21.

2023. At the moment, the latter accumulates 17 million euros, due to the fact that the last draw had a successful one.

Specifically, he was lucky to be able to carry out a total of 26 million euros, and although he has decided to remain anonymous, it is known that the winning combination was destroyed in the Portuguese town of Camarate, in the province of Loures.

The luck of the Euromillions winner

As he pointed out on CNN Portugal, who contacted the owner of the establishment that had delivered the winning ticket, they called him around 10 pm to tell him the news. “I was surprised, at first I thought it was a joke,” says José Figueiredo. In fact, he came to think that he himself could be the winner of that prize, since that same day he had chosen to place a bet for the draw. “I wish the winner a lot of happiness and good health. In this case, I think the money will not be lacking,” he joked.

From the national administration of Portuguese Lotteries they report that this first prize was obtained by an automatic bet made in the establishment, which means that the winner did not personally choose the combination at any time. Furthermore, this was not his only bet, he invested 5 euros in two tickets for that same draw, but only one of them was the winner. In total, the achievement achieved carried out an award valued at

Share
Facebook
Twitter
Pinterest
WhatsApp
Previous article
Russia will no longer tolerate Western attempts to infringe on our security: a well-known Russian political scientist made an important statement before the New Year
Next article
Bvlgari launches a Christmas campaign for the Chinese New Year