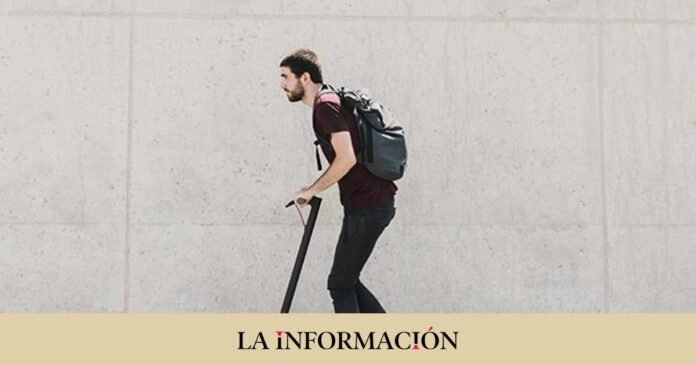 Electric scooters have become, for some time now, the undeniable protagonists of urban mobility. Of course, there has been no lack of disorganization, doubts and reluctance regarding its use.

The lack of a general regulatory framework that would regulate its circulation marked a great gap at the time when it came to knowing how to get around on a scooter. Now, although municipalities can specifically regulate what happens on their streets, the DGT already has the regulations that all VMPs must, yes or yes, comply with.

The first two golden rules to ride a scooter without danger or traffic fines are to respect the speed limits (they can go up to 25 kilometers per hour) and not to ride on the sidewalks, they must travel on the bike lanes or the road . Similarly, scooters cannot travel on interurban roads (unlike bicycles), highways, highways and are even excluded from urban tunnels.

After a while, the DGT also managed to release the Manual of technical characteristics that all scooters must comply with. It is the closest thing to an approval so that all VMPs meet a series of standardized requirements and can be consulted on the same website.

The scooters must have front and rear lights, a bell and a good braking system. Users must wear a reflective vest when driving at night and a regulatory helmet when necessary, many of which are locally regulated.

Obviously, as drivers, electric scooter users must comply with basic traffic regulations. This means that it is prohibited to circulate exceeding the legal limit of alcohol consumption or having consumed drugs, as well as using a mobile phone while driving or wearing headphones.

Fines for breaking the rules on scooters

Failure to comply with these basic rules will, of course, be associated with traffic fines of varying severity and amount. As they are not ‘motor’ vehicles, properly speaking, but for personal mobility, it is not necessary to have any license to drive with them and, therefore, no driving license points will be lost in case of committing an infraction.

Driving an electric scooter under the influence of alcohol and other drugs is one of the most serious offenses and can lead to a fine of between 500 and 1,000 euros depending on the amount of alcohol or 1,000 euros if it involves drugs.

Penalties related to the use of a mobile phone while driving a scooter or any other communication device, wearing headphones, driving at night without lighting or reflective clothing will be 200 euros. The same fine for those who do not wear a helmet when required by municipal regulations.

In the case of driving on the sidewalk with the scooter we will face a fine of 200 euros. Half of this amount, 100 euros, will be the sanction that we will receive for going two on the same scooter, something that is totally prohibited by the DGT.