HomeLatest NewsNew Year's "lights" on TV to be. Where and what to...
Latest News

New Year’s “lights” on TV to be. Where and what to see on New Year’s Eve – Rossiyskaya Gazeta 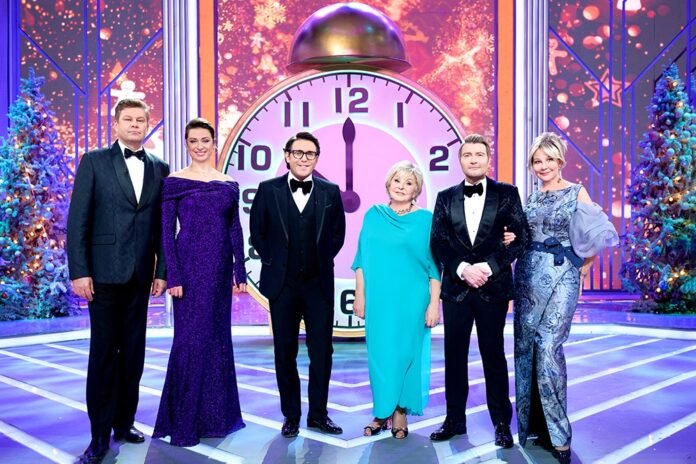 More than 50 hits were selected, for each of which “a separate show was shot on a large-scale stage and post-production was done with 3D graphics.”

The “Brilliant” group: Yulia Kovalchuk, Nadezhda Ruchka, Ksenia Novikova and Silvia Zolotova will come together and play “For the Four Seas” on a huge seashell.

Jasmine will sing “Inside Out”, and Glucose will appear in the bride’s dress. For Vyacheslav Butusov’s act “A Girl in the City” a dance floor was built from bars – 125 people took it on stage.

The artists are more or less the same.

“The Irony of Fate…” by Eldar Ryazanov and a documentary about how its sequel was filmed, also on Channel One.

It was promised that this year the Heroes of Russia, who came from the front of the Special Military Operation, will be the honored guests of Ogonyok.

As for the cinema

December 31 and January 1 in “Russia 1” – “Carnival Night”, “Moscow Does Not Believe in Tears”, “Office Romance”, “Ivan Vasilyevich Changes His Profession”, “Prisoner of the Caucasus or New Adventures of Shurik”, “Odessa Steamboat”, “The Last Hero” and “The Last Hero: The Root of Evil”. For the first time on the television screen, the premieres of “The Humpbacked Horse” (December 30 at 9:30 p.m.) and “The Last Hero: The Messenger of Darkness” (January 1 at 9:00 p.m.).

The NTV channel has prepared a New Year’s program “VK under a fur coat” for the holidays (December 30 at 23.00)

This special will feature 17 favorite skins from previous seasons, 8 digital avatars, and all-new characters, 4 skins and 4 avatars, who will reveal their personalities immediately upon introduction. The jury is a joint team: Philip Kirkorov, Valeria, Timur Rodriguez, Regina Todorenko, Timur Batrutdinov, Sergey Lazarev, Ida Galich and Mark Tishman. For the first time, the winners of all three seasons (Lion, Crocodile and Dragon) will sing together.

Artist list: Uma2rman will take the stage with Vanya Dmitrienko, Alexander Marshal with his son, and Alexei Belov and Olga Kormukhina will sing along with their students. The Hatters and Valeria, Alexander Rosenbaum and Larisa Dolina, Sergey Letov and the group “Affinage”, “Lyube” and Pelageya, “Underwood” and Gosha Kutsenko and many others will also sing a duet.

Evgeny Margulis will not only host this festive evening, but will also sing with the guests more than once. And his co-hosts are Yulia Parshuta and rapper ST.