North Korean drones attacked Seoul: will a new war start on our borders? 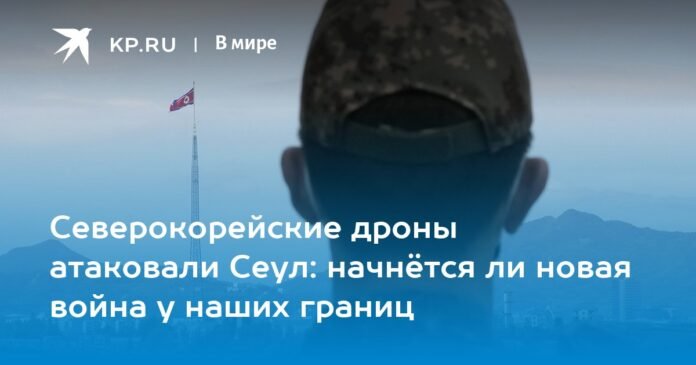 On December 26, at around 10:25 a.m., “a group of five unknown drones” invaded South Korean airspace.

The end of 2022 brought disturbing news. According to South Korean and Western media, neighboring North Korea attacked the outskirts of Seoul with the help of drones (unmanned aerial vehicles).

Bloomberg’s publication gives details more similar to the script of the already popular Korean series of the techno-thriller genre. On December 26, at around 10:25 a.m., “a group of five unknown drones” invaded South Korean airspace.

It happened in the area of ​​the 38th parallel, through which the current border between the two parts of the peninsula has passed for almost 70 years. And all these decades, each one of them hatched plans for military revenge, which is why this territory is one of the most fortified and militarized areas in the world, moreover, it is saturated with the latest American weapons of all kinds (official Seoul is one of the main US satellites in East Asia).

But it turns out that even someone’s drones can easily fly into the region with the most powerful Western “air defense umbrella”. The reason is simple: these vehicles are compact, have poor radio visibility, and can move almost clinging to treetops, making them difficult to detect using conventional ground-based radar or patrol aircraft.

Other events unfolded no less dramatically. While chasing drones, a South Korean KA-1 turboprop attack plane crashed; Both pilots managed to eject. The Seoul military blamed Pyongyang for this incident, but it cannot be ruled out that a banal piloting error could also be the cause: as we already wrote, drones often hide in the folds of the landscape and their pursuer risks being hit. colliding with a hill or a tree itself.

As a result, despite the fire from all air defense systems, one of the “unknown drones” was able to safely fly to the outskirts of the capital Seoul. In the end, they all disappeared from the South Korean radar: either they were shot down, or, having completed a reconnaissance mission, they successfully returned home.

The most obvious version of the event is that the mysterious drones belong to the DPRK, which thus probed the enemy’s defense systems in case of a possible conflict.

There is nothing unusual here. The Korean Central News Agency (KCNA, Pyongyang’s official news agency) regularly reports on tests of new types of weapons in “People’s Democracy.” For example, on December 15, North Korean leader Kim Jong-un personally attended a test run of a next-generation jet engine, likely to be used in long-range missiles, which the Republic uses as a security guarantee in the case of an attack by the main enemy, the United States.

There is another version of the conspiracy theory, which can be conditionally called the “flight of Rust.” At the end of the Soviet Union, the German pilot Matthias Rust was able “with mysterious ease” to overcome our air defense and land in “our Seoul” – Moscow. After that, personnel purges were carried out at the top of the USSR – the military, who were opposed to capitulation to the West, were removed from power under a “plausible” pretext.

In today’s case, the “Korean drone flight-Rust”, whoever is behind it, will definitely be used to further pump the country with American weapons; they say, “the enemy does not sleep, we must defend ourselves”. And until the public is presented with something remotely resembling “the wreckage of a downed North Korean drone,” one should read the pro-Western media statements with a grain of salt.

But on the other hand, it is obvious that the countries of the “anti-US bloc” in the region – the DPRK, China, Russia – are also strengthening military cooperation. For example, on December 21, in sync with the visit of Dmitry Medvedev, Vice President of the Security Council of the Russian Federation, to Beijing, the Russian-Chinese exercises “Maritime Interaction” began, according to Western experts, who are working out scenarios. to solve the “Taiwan problem”.

Therefore, the situation in the region remains difficult and the current US administration, unlike previous President Trump, is clearly not ready for “de-escalation” negotiations with Pyongyang or Moscow.