“Novaya Gazeta” publishes the first issue after the suspension of activities 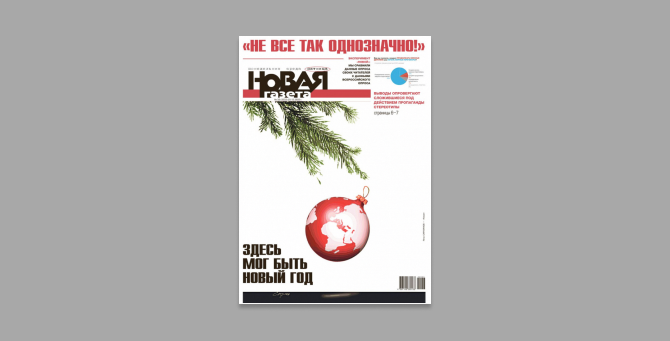 Novaya Gazeta has published the last issue of 2022. It became the first after the suspension of publication at the end of March. The information appeared on the Novaya telegram channel.

The issue contains an article on how propaganda works, stories from newspaper journalists about forced emigration, and the best pamphlets of the publication’s co-founder Akram Murtazaev for 30 years.

“It could be called the New Year, if it were not for that year … Therefore, let’s call it the end, in connection with the most difficult year in the 30-year history of Novaya Gazeta and modern Russia,” the employees of the publication . said.

In the last issue of the year, Novaya Gazeta wrote about the results of an experiment in which journalists asked readers about a special operation in Ukraine. They then compared the information with the all-Russian survey data. Most of the publication’s readers are in favor of starting peace negotiations and ending hostilities. The editors published a diagram illustrating the survey results on the front page of the issue.

Recall that on March 28, Novaya Gazeta suspended work until the end of the Russian military special operation in Ukraine. Before that, the editors and the founder of the publication received two warnings from Roskomnadzor for “mentioning an unmarked NPO foreign agent.”