HomeLatest NewsOf love, politics and psychology: more than 20 books that we will...
Latest News

Of love, politics and psychology: more than 20 books that we will read in 2023 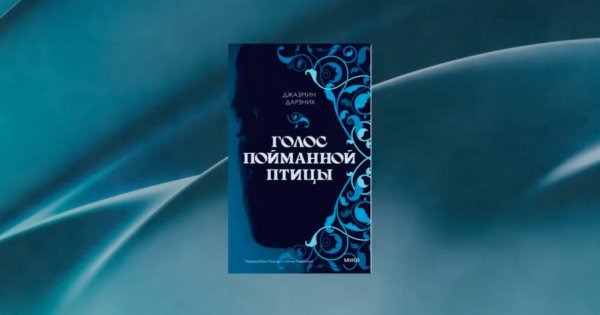 In the first days of the new year, we reflect on what to expect in the next 12 months. To be honest, there are many options for the development of events, as well as ways to respond to them. BURO columnist. Anna Popova advises to find a foothold in literature. In addition, the expectations associated with them are more often justified. We are talking about books that are scheduled to be released in 2023 and that we really want to read.

Despite Lydia Magonova’s magical illustrations, this book is not one to be read to sons and daughters at night. However, the stories about Snow White and Little Red Riding Hood, as you know, were not originally written for children, and they looked different. For those ready to look behind the scenes at grim folklore, writer, journalist, and literary agent Una Hart will help understand family stories.

The works of the legendary folklorist Propp will help to expand the difficult subject of fairy tales and folklore and understand where Far Far Away is located and why Baba Yaga has a bone leg: two of his fundamental works will be published on one cover by a contemporary. comic book artist

In one of the polls, the British recognized Churchill as the greatest Briton in history. As a man of his time, he was, among other things, a passionate defender of the British Empire in particular and of the imperial idea in general. It was this complex side of his political activity that the British-Pakistani writer, historian and publicist Tariq Ali turned to.

Australian and American historian and Sovietologist Sheila Fitzpatrick will present a multi-layered chronicle of the Soviet era (the title still works), from its heyday to an unexpected conclusion. Curious to see what he did!

The theory that our feelings, emotions, and actions are dependent on hormones is not new, but it is still interesting. In this book (title is also in preparation), Professor Carol Hoeven, head of the Human Evolutionary Biology program at Harvard University, explores the impact on human nature of the most famous “male” hormone, testosterone.

The novel of the artist and theorist of contemporary art is dedicated to the phenomenon of childhood and memories of days spent in the House of Creativity in Peredelkino. Pavel came here as a child with his mother, the Soviet children’s writer Irina Pivovarova.

In the third book of the fan-favorite The Thursday Club series, older gentlemen in signature style investigate a ten-year-old murder.

Hartman’s debut novel has been compared to books by Delia Owens and Celeste Ing. There will be skeletons in the closet, difficult family relationships, and attempts to fix the past. The main character, illustrator Loni Mae, must return home due to her mother’s illness. She and then she discover what is hidden behind the mysterious note related to the death of her father, who was considered a suicide.

Every mother wants the best for her child. What can be done for the sake of the real or imagined happiness of daughters? A fast-paced novel reminiscent of “Big Little Lies” tells the story of three very different women, each of whom dreams that it is her daughter who is admitted to a prestigious university.

The prototype of the main character of the novel is the Iranian poetess Forug Farrokhzad. Growing up in a country where girls were taught to fulfill themselves exclusively as wives and mothers and obey their elders, Forug finds the courage to go against public opinion.

If you have long wanted to understand economics, it’s time to do it now, together with a world-famous economist. Ha-Jun Chang will easily and simply explain the principle of social equality using the example of chicken meat and the importance of the industrial sector in a post-industrial society: Swiss chocolate.

One can argue for a long time about why we fell in love and whether there is a “second half” somewhere. It is especially interesting to do this in the company of the social neuroscientist Stephanie Cacioppo. In the book, the author refers not only to the latest scientific discoveries, but also shares her personal experience.

A book to buy for a teenager if you can’t cope with emotional swings and inner storms. And if you can’t find answers to important questions about the world and about yourself.

A vivid and witty history of all world literature, from Homer to books created by a neural network. Kuznetsova’s literary work will help you understand genres and trends, look at old books differently and just have a great time with family reading.

The heavy confessional memoirs of an American journalist about the fight against depression were published more than 25 years ago, but they will appear in Russia only in 2023. The writer Olga Breininger worked on the translation of Elizabeth Wurzel’s book.

Last year, Basinsky received the Big Book Award for The True Story of Anna Karenina. In 2023, we are waiting for the continuation of the study of Tolstoy’s work; this time, Konstantin Levin, who in many ways is a reflection of Leo Nikolayevich himself, will be under close scrutiny.

Using the example of several generations of the same family owning a chocolate factory, Coe shows how Britain itself has changed since the 20th century. And also how he experienced the most important events on a state and world scale.

A series of penetrating accounts of a devastated, psychologically crushed and physically destroyed postwar Germany, created by one of Sweden’s most famous writers in 1946.

David Lawrence’s Lady Chatterley’s Lover, first published in 1928, was the love story of a society lady married to a gamekeeper. The explicit sex scenes sparked a violent negative public reaction and high-profile litigation, which is the subject of McLeod’s book.

The protagonist of this Prix Goncourt-winning intellectual detective story is an aspiring writer obsessed with the mystery of a sensational novel and the disappearance of its author.

The British comedian, a fan of Russian literature and the author of the popular book “Self-development according to Tolstoy” this time asks himself “What is happiness?” He finds answers, among other things, in Proust, Hugo, Stendhal and Maupassant.

One of the best European novels on World War II is distinguished by its faithful recreation of historical events and its subtle humor. The protagonists of the book, based on personal experiences, are a young couple, Guy and Harriet Pringle, who arrived in Bucharest in the terrible autumn of 1939.