Officials may be dismissed from their job with the new law 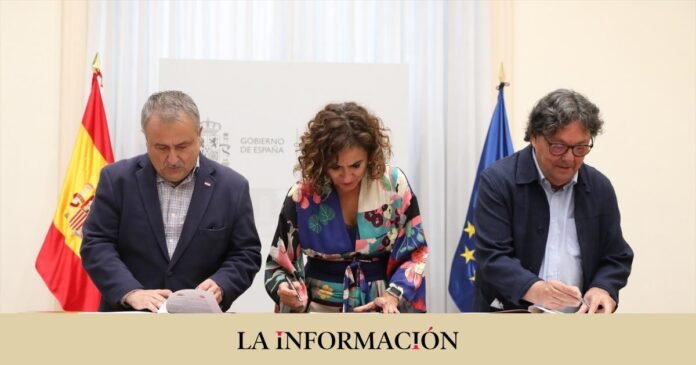 Spain is one of the countries that has the most civil servants at the service of the Public Administration by number of inhabitants, with more than 3 million employees adding up the different administrative levels. Are they efficient? Why other nations with more population and better economy have so many less? The productivity of public workers is regularly called into question. However, and despite the great influence they have in society, the norm that regulates their activity had not been updated for 15 years, although the Government has taken the first steps for its reform, approving the draft of the new Function Law public.

The Executive believes that with this change the efficiency of the public sector will increase and talent will be rewarded in this way progressively. The rule will have a wide range of action, since it will be applied to the General State Administration, Autonomous Bodies, Social Security management entities, public business entities, state agencies, independent administrative authorities, non-transferred public universities and other entities of public law. One of the most significant changes will be the performance evaluation, a test that will periodically measure the activity of public professionals and which, if it is not passed, will mean the transfer of the position.

According to the data published by the Statistical Bulletin of the Central Personnel Registry, since the data was available, barely 500 civil servants have lost their position, the majority due to criminal convictions. The requirements required to dismiss a public employee are intended to give stability to the Administration and the functioning of the Welfare State. This can be a double-edged sword that gives rise to situations in which the incompetence of a worker for a specific position hinders the proper functioning of the area.

How the performance of a public employee will be measured

The new Civil Service Law will allow employees who have obtained their position through opposition to be removed from their job if they do not perform their tasks correctly, if their performance is insufficient or if they cannot meet the requirements of the position. This evaluation will begin six months after joining the job. In the event that the employee must be separated for any of these reasons, he will be temporarily transferred to another Administration position according to his career, in the same location where he performed the previous function.

This is a control that was already included in the Basic Statute of Public Employees in a generic way. However, the draft introduces a change that will change this evaluation into an individualized process, in line with its strategic plan by objectives. Promotions, transfers and salary incentives will arise from it. However, the law does not specify what the exam will consist of and relegates its regularization to the regulations that will be drawn up later.

The unions, contrary to this proposal, advocate a global, reciprocal evaluation, by units and offices in order to avoid episodes of arbitrariness: “A system of analysis of compliance with these objectives must be carried out, but with guarantees and above all transparency “, they point out. Although they do not denounce the interest of professionalizing and improving the efficiency of the Public Administration, they criticize that the design of the law is so similar to business logic.

Causes of rupture of the employment relationship for an official

An official can be removed from his status as a public employee for a total of 6 reasons. Namely, “the voluntary resignation of the status of official, the loss of nationality, the total retirement of the official, the disciplinary sanction, the main or accessory penalty of absolute or special disqualification for public office that has a firm nature”, as Articles 64, 65, 66 and 67 of the Law of the Basic Statute of Public Employees are specified. In this sense, the offenses committed by officials in the exercise of their duties will be classified as very serious, serious and minor, implying a penalty that could determine the suspension of the service of a career civil servant.

Among them are some such as abandonment of the service, the notorious breach of essential functions, negligence in the custody of official secrets or open disobedience to the orders or instructions of a superior, all determined in article 95 of the Royal Legislative Decree. 5/2015. The most serious have to do with the breach of the duty to respect the Constitution and the respective statutes of Autonomy; discrimination based on racial or ethnic origin, religion or belief, disability, age or sexual orientation; the abandonment of the service; the adoption of illegal agreements; the publication or improper use of the documentation or information to which they will have or have had access due to their position or function; and breach of impartiality.