HomeLatest NewsOne of the oldest spas in the Middle Urals celebrated its anniversary...
Latest News 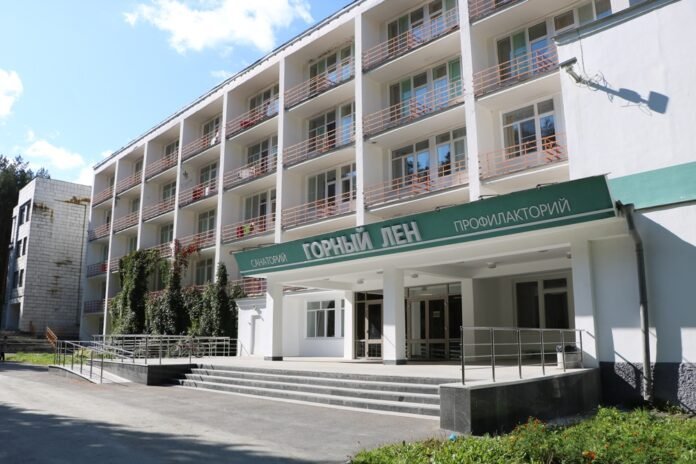 The well-being of all is a shared responsibility

The fact that this is not just an addition to the development strategy of the company, but an important part of it, says the corporate program “Health”. It appeared in 2011 and is now in its third edition. Its main task is to develop a technology to improve the health of employees, involving all plant services in this process. Now labor protection departments, work with personnel, unions create safe conditions together, carry out prevention in a coordinated manner.

– Very often, the result of a professional examination in the corporate medical unit is a recommendation to undergo rehabilitation in our sanatorium-dispensary. The ticket price is symbolic: a person pays only 10 percent, about a thousand employees of the plant rest annually. But it turned out that among them there were not so many for whom the doctors prescribed recovery. Now the sanatorium receives lists of workers who need treatment and invites them. When we brought everything together, the interaction of specialists from various services of the plant and subsidiaries became more effective, – said Valery Yustus, Director of Social Development and Work with Public Authorities of Uralasbest PJSC.

The decrease in the incidence in the team is confirmed by annual studies. Among other points of the program are vaccination, fortification of workers at risk, encouragement for those who have never had sick leave in a year, etc. The company pays special attention to the sanatorium-preventorium “Mountain Len”. Considerable funds are allocated annually for its development. Today the dispensary is a modern high-tech medical complex, the pride of the plant and the whole city.

We start with a good borscht

The sanatorium accepted the first vacationers on August 1, 1947. Perhaps the main task facing the staff in the difficult post-war period was to feed people, and the spa staff did everything possible to ensure that food Out of quality and balanced. And medical procedures are rather an addition to the “daily bread.”

It is interesting that proper, varied nutrition, with an abundance of vegetables and fruits or dietary, remains one of the types of therapy today. By the way, veterans, front-of-house workers, pensioners who are served in the “home dispensary” format are delivered healthy meals every day in special thermoses. Annually PJSC “Uralasbest” pays 60 vouchers for veterans over 80 years old, the program also includes visits to a doctor, daily visits to a nurse. And in the sanatorium itself, every year up to 200 former employees of the company improve their health for free.

However, the main feature of “Mountain Flax” in the 21st century is its versatility. Among the curative factors are the nature of an ecologically clean area, comfortable living conditions in rooms with balconies surrounded by a pine forest. At the service of vacationers: a swimming pool, a sauna, a winter garden with exotic plants, with fish in aquariums, a family of parrots, a library. And, of course, the sanatorium’s high-tech diagnostic and treatment base which operates under protected licences. All equipment is from leading world and Russian manufacturers. The basic principle of the work of medical personnel (most of the specialists are of the highest category) is an individual approach to each patient.

The lizard in the emblem of the institution is not accidental, it is a symbol of chrysotile asbestos. Extracting and processing a valuable mineral has become a matter of life for many asbestos workers, and it was important to reduce potential occupational hazard. There is an opinion that working with chrysotile even ensures longevity, subject to all norms and rules of prevention, and Andrey Burov, an education lawyer, was responsible for such control. In 2008, when the sanatorium became an independent subsidiary of Uralasbest, Burov was appointed director.

The course as part of a wellness package includes a variety of baths, a swimming pool and a sauna, various types of showers and massages. Photo: Press Service of the PJSC “Uralasbest”

“Taking care of people’s health is a serious responsibility,” he said. – And the legal component here is very important. In our work, we are guided by the Policy Concept approved by the Government of the Russian Federation. It is aimed at eliminating diseases associated with exposure to asbestos dust and is closely related to the laws governing the activities of health care institutions, as well as the corporate program “Health”, on which the plant spends hundreds of million rubles.

Over time, the material and technical base of the sanatorium reached a new level. An autonomous gas boiler room was opened, outdated elevators were replaced, and the numbers of the dormitory building are updated annually. An excellent base helped the sanatorium to be one of the first in the region to join the rehabilitation program for patients after the coronavirus. The “Easy Breathing” program is responsible for this.

From leeches to miracle chair

According to experts and patients, the sanatorium has found a golden mean: they use modern medical developments, but do not abandon time-tested technologies. Among the latter, for example, aromaphytotherapy, rooms “Mountain Air” and “Salt Cave”, fans of hirudotherapy are waiting for medical leeches. Mud techniques – please: patients are treated with sapropelic mud from Lake Tyumen Taraskul. The wellness course includes a variety of baths, a swimming pool and a sauna, various types of showers.

– In 2019, a well with radon water was started 300 meters from the spa. For two years, the specialists of the plant, together with the employees of the Yekaterinburg research institutes, were engaged in its research and development, says Andrey Burov. – Our guests appreciated the healing properties of radon water, which is close in composition to Pyatigorsk water.

In “Mountain Flax” there are all kinds of massage – from manual to hardware. Diseases of the respiratory organs have given way to diseases of the cardiovascular system and pathologies of the musculoskeletal system (osteochondrosis in the age of gadgets, alas, is rapidly growing younger). Lymphatic drainage, spinal traction, roller massage help to cope with ailments.

– We are actively introducing new technologies, – says the head doctor of the sanatorium Tatyana Shleeva. – There is a queue for the wellness chair for electromagnetic muscle stimulation. The complex scans the body and performs an individual massage. The indications are the widest: diseases of the spine, sleep disorders, female and male dysfunctions, infant enuresis… In addition, there are only two shock wave devices in the city for the treatment of the spine and joints. , one of them is ours.

It is interesting that patients at reviews on the sanatorium site often appreciate not only the treatment, but also the rest. Concerts and dances are popular. Also, vacationers will definitely be told a legend about a girl with long white hair who came to a small town and stayed with people. Years passed, her companions formed families and grew old, and she remained young. Once a terrible fire broke out in the village, but the girl was not injured: her long hair was protected from the fire. She tore off the tips and tossed them around, gradually taming the raging flames. Then the girl left, where she is unknown. And in that place there was a mountain trailer – asbestos. Or mountain flax.

Share
Facebook
Twitter
Pinterest
WhatsApp
Previous article
Deliveries of laptops to Russia fell sharply: there will be a shortage in 2023
Next article
Best TV presenter of 2022* Alina Zagitova: “It turned out to be the most difficult thing to let go, to gain self-confidence”