HomeLatest NewsOpinion | Doctor, I don't feel like talking about Sánchez or...
Latest News

Opinion | Doctor, I don’t feel like talking about Sánchez or the TC, is mine serious? 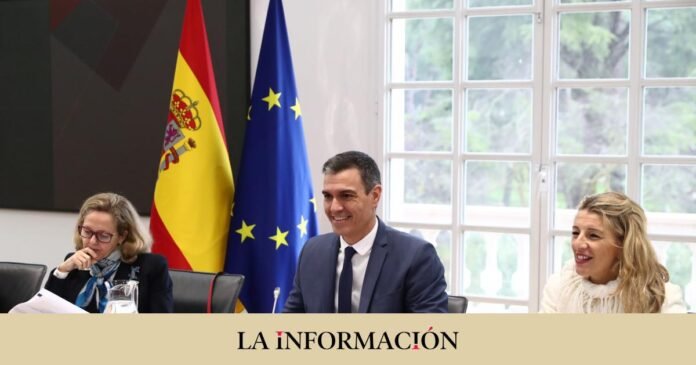 On the other hand, I do feel like celebrating Mbappé and Messi for the epic football final that France and Argentina gave us on Sunday. Nice story with happy filigree, the “enfants de la patrie” were world champions four years ago, now it was the turn of the “enfants del tango” who had not lifted a World Cup for 36 years and without ‘tasting’ its intoxicating flavor; They deserved it for putting good goals and good reasons on the table. I also want to talk about another “genius”, the quirky and extravagant Elon Musk, a billionaire turned habitual actor rather than a businessman or entrepreneur of animated fantasies. Not a week goes by that I don’t put on a show or make it clear that to be rich-which doesn’t mean being intelligent-it’s enough to have a fortune. He was so poor that he only had money.

Since the day Musk entered the Twitter offices holding a sink in his hands, as a symbol of his feat for having spent 44,000 million dollars to buy the “blue bird” game, and as a message that he was going to “clean up” the company, everything has become complicated in his life and in his companies. Even his clumsy dancer mannerisms that he sports every time he appears in front of a camera are ridiculous and pathetic. Now, after feeling threatened with death and some other eccentricities, he has decided to do a new triple somersault and take a survey on the social network about whether he should continue as head of Twitter. Before knowing the result of the question, he said that he would abide by it. Well, the result has been clear: 57% of voters prefer that he leave it; he already takes slap all over her well botoxed face.

As he himself said: be careful what you wish for because you can get it. And he has achieved it, without a doubt, by a large majority. Now we will see if he keeps his promises or we discover what the hell it means for him to abide by the result on his continuity at the head of this social network. He may decide to leave the forum for the good of his company and put someone else in his place, however Musk will continue to be the owner and lord of Twitter and the person most responsible for him when making decisions. This means that it will not be easy for him to stay still, not to get involved professionally, until someone makes him see that quiet is much better, and that his multiple companies, which go through some cyclical bumps, will also thank him. His immense fortune is not in danger, but his image and his projects are, and in times as polarized as these, it is worth remembering that taller towers have fallen.

We are clear that in one way or another, through direct or shared experience, everything that goes up comes down, even what seemed immovable can also decrease. Such is the life of demanding or capricious, depending on how you look at it, even with the most powerful on Earth like Elon Musk you can apply a good reduction in their assets and successes. Speaking of ‘ups and downs’ or existential ups and downs and powerful beings, I didn’t feel like talking about Pedro Sánchez but he himself has gotten -he has gotten us- into the lion’s den and has sold us his latest judicial feat, in a subtitled version of “For whom the bell tolls” or “For whom the campaigns toll”, which makes no difference to one or the other…

What hurts the president the most is that his plans to end the year putting an end to the troubles of sedition and embezzlement have been annoyed, and the long shadow of the independentistas, who are so indigestible for the polls, will continue to swarm . It also bothers him and a lot that there are a few conservative judges who oppose him since Mr. Sánchez has a bad loss, and on top of that the PP takes reason and fame supported by the conservative part of those judges, because it is not from good taste or appetizing for an all-powerful and spiteful being. Like Elon Musk, it is difficult for Pedro Sánchez to sit still and do the things of politics and the Government with a certain measure. Serenity does not go with him, and he also has the hype and cymbal of the related media that refine any story that interests him and suits him.

As an old Majorcan wise man whose name I can’t remember used to say: between the racket and the barbarity of one and the other, third parties always arise that finish up to the noses of one and the other. I think that at this moment it is the electoral spectrum that is growing the most in Spain: the fed up and orphans of politics. No matter how politicized and polarized they are, there are always sensible people who don’t like fights or bombastic evidence of fictitious “coups.” What’s more, the two main rivals -PSOE and PP- know that the greatest loot will be in the helpless center left, where there are more than a million voters looking for a ballot box and a party that represents them, and that they will probably be the ones who choose the electoral balance.

But of course, who explains to Sánchez that he must moderate, that the one in the Government cannot go too far or set the circus tent on fire, and that he, who is a bit like Elon Musk, but in a traditional and stretched version, must show their institutional authority without threatening or intimidating. Sánchez, no matter how president he may be, of Twitter is not yet, nor is he the owner of the country -well, of ‘El País’ yes- but not of Spain or of the multiple institutions that make it up, although he has all the desire to to ramble with them.

The only thing missing from the president, who is on his way to controlling even the ushers of Congress, is to fully submit to Justice and King Felipe so that all institutions obey him and abide by him as the highest and only representative of the national territory, and If you hurry me, almost also from Europe. Sánchez does not know how to share powers and aspires to the maximum control of him, to absolute control -including those that do not correspond to him: the legislative and the judicial-. For the good of all, mainly of society, it will be necessary to recommend and stop this excess of the Executive and its leader with absolutist tendencies. By the way, Brussels said yesterday that it supports the Constitutional Court and stresses that “substantiated reforms require prior consultations”, that is, they must always respect the procedure. The same thing that the TC has said and demanded.